I have been in West Bloomfield, Michigan since Wednesday for the extended Thanksgiving weekend, and this Shabbat morning at Congregation B’nai Israel I heard my classmate and colleague, Rabbi Eric Yanoff, deliver a brilliant sermon on the movie “Borat.” Using a Rashi commentary on the section of Parshat Toldot in which Jacob seemingly dupes his father Isaac into thinking he is his twin brother Esau and bestowing the birthright on him, Rabbi Yanoff asks if perhaps Jacob was just joking and the old man didn’t get the joke. Perhaps it’s a stetch for both Rashi and Rabbi Yanoff, but the question of whether Sacha Baron Cohen’s humor is dangerous because not everyone “gets it” as humor is a good one.

Here’s an article about two people who were duped by Sacha Baron Cohen (er, Borat) in the movie, but after seeing the movie and being let in on the joke are able to recognize its comedic value. Joe and Miriam Behar are the Bostonian Jewish couple who own the bed ‘n breakfast that Borat stays in on his way to Malibu in the movie. They seem to be the only ones not suing Baron Cohen for being taken advantage of for the sake of the film… and for the sake of humor.

Here’s another Blog that writes about the Behars.

Thanksgiving has always struck me as a secular holiday that doesn’t really affect us at Jews in any negative way. That is until I saw this…

Eruv Alert: Thanksgiving Weekend, November 25, there is a distinct possibility that the Mid-Manhattan Eruv may be down, due to the necessity of removing wires to allow the balloons of the Macy’s Thanksgiving Day Parade to pass.

It’s always fun to see the results when one Googles one’s own name.

Here’s what I recently found when doing a Google search for “Rabbi Jason Miller”:

1) I was named in a recent (October 2006) New Jersey Jewish News article about the Gladstein Fellowship program at the Jewish Theological Seminary, now called the Emerging Kehillah Fellowship. I was the first Gladstein Fellow.

2) In a community.livejournal.com post from January 2006, a University of Michigan student asks if anyone has taken the Introduction to Judaism course I used to teach at U-M Hillel. While no one who actually took the class responded, there are two kind responses:

3) While I no longer live or work in Ann Arbor, Michigan, the Jewish Community Center of Ann Arbor apparently does not know this. They list me as an honorary director of their board. This is nice, but I hope I don’t have to drive from Columbus to attend any meetings!

4) A website called Blogshares.com attempts to calculate how much each blog on the Web would be worth. Not sure how they calculate this, but I was please to learn here that this blog is currently worth $1,534.22. 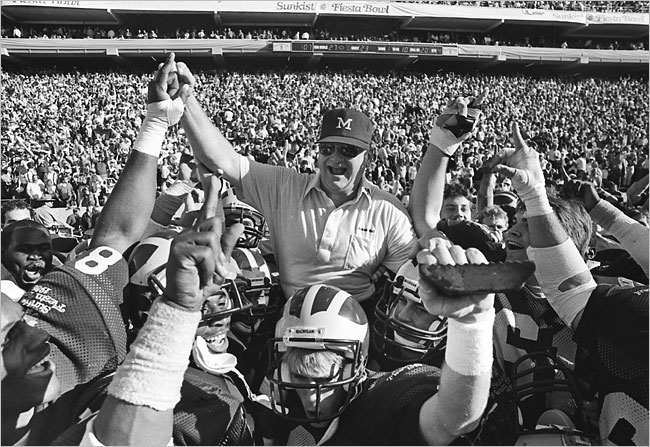 I guess he wanted to watch the big game tomorrow with Woody Hayes. 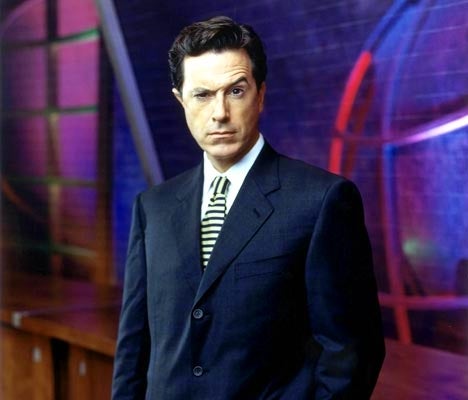 I’m not sure if the holiday season has officially started, but if it has then here is the BEST QUOTE OF THE 2006 HOLIDAY SEASON:

Stephen Colbert on “The Colbert Report”

Christmas is not a time to fight each other. It’s a time to band together against the real enemy… Retailers who won’t wish you Merry Christmas.

I’m talking to you Eichler’s Judaica! Would it kill you?!?

(c) Rabbi Jason Miller | http://blog.rabbijason.com | Twitter: @RabbiJason | facebook.com/rabbijasonmiller
The Forward newspaper’s Forward 50 for 2006 is out. Writing to Ravnet, the e-mail listserv for Conservative rabbis, I noted earlier this week that “OVER 10% of the people in the Forward 50 are Conservative rabbis or leaders. Making the list this year are Rabbis Elliot Dorff (religion), Sharon Brous (religion), Jill Jacobs (ideas & activism), Jennie Rosenn (philanthropy), and Irwin Kula (religion). Also, on the list is honorary RA member Elie Weisel. And the first name listed overall is new Jewish Theological Seminary Chancellor Arnie Eisen. This should give us something to be proud of in our movement.”

Apparently, the Seminary noticed this as well, albeit a few days later. Below is the press release they sent out. After reading this press release I realized that I erroneously noted Rabbi Jennie Rosenn was a member of the Conservative Movement’s Rabbinical Assembly. She is not, but her husband Rabbi David Rosenn (head of Avodah) is. However, I did get Rabbi Kula’s first name correct — it is Irwin and not Irving!


From the Jewish Theological Seminary

JTS and the American Jewish Community

The Jewish Theological Seminary’s far-reaching impact on the American Jewish community was highlighted this week, underscoring its role as an institution making a positive difference in the lives of Jews across the country.
JTS was well-represented in the Forward 50, the newspaper’s annual compilation of the most influential Jews in the country. According to the paper, the Forward 50 is a “journalistic effort to record some of the key trends and events in American Jewish life in the year just ended, and to illuminate some of the individuals likely to shape the news in the year ahead.”
Heading the list under Top Picks is Arnold M. Eisen, Chancellor-elect of The Jewish Theological Seminary, whom the Forward called a “bold” choice to lead JTS. In the Ideas and Activism category, Rabbi Jill Jacobs, a 2003 graduate of The Rabbinical School, was cited for her advocacy on behalf of workers’ rights. Three of the nine individuals highlighted in the Religion section are graduates of The Rabbinical School. Rabbi Sharon Brous was recognized for her leadership of IKAR, a highly successful, somewhat unconventional religious community in Los Angeles. Rabbi Elliot Dorff, Vice Chair of the Rabbinical Assembly’s Committee on Jewish Law and Standards and Rector at the University of Judaism in Los Angeles, was described as one of the most “unifying and listened-to theological voices in a movement that’s spent a generation searching for its theological center.” And finally, Rabbi Irving Kula, President of the National Jewish Center for Learning and Leadership, was lauded for his work in “bringing Judaism into the American public square.” To read more about these forward thinkers, as well as other Forward 50 honorees, visit the website.
(c) Rabbi Jason Miller | http://blog.rabbijason.com | Twitter: @RabbiJason | facebook.com/rabbijasonmiller

With Sasha Baron Cohen’s new movie “Borat” coming out Friday, he has been all over the news. I saw him on the Today show the ot 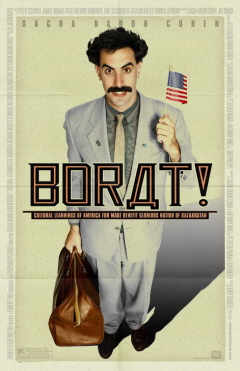 her day and heard him on Howard Stern today. I’ve certainly heard Cohen use Hebrew in the past. His most notable use of Hebrew is his mispronounciation of the Hebrew b’vakasha (“thank you”) when in character as “Ali G.” His “boo-ya-ka-sha” has become a favorite expression for millions of teenagers

As Borat on “Da Ali G. Show,” rather than actually sing the Kazakh national anthem at a Savannah Sand Gnats game, he kept on repeating a famous Israeli folk song: (kum bachur atzel ve’tze la’avoda – “get up lazy guy and go to work.”

Never have I heard Sasha Baron Cohen use as much Hebrew as he did on the Howard Stern Show today. His Hebrew is actually pretty good! He must have attended a Jewish day school.

Here’s the link to the JTA article about Borat’s use of Hebrew.