Sadly, Harold Ramis passed away yesterday at the early age of 69. Famous for so many great movies including Ghostbusters, Groundhog Day, Caddyshack, National Lampoon’s Animal House, Analyze This, National Lampoon’s Vacation and Stripes. Ramis also acted and appeared in such films as Knocked Up, As Good As It Gets, Airheads and Walk Hard: The Dewey Cox Story (where he played L’chaim). 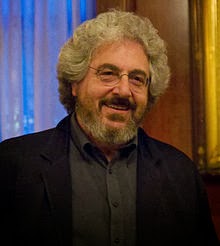 END_OF_DOCUMENT_TOKEN_TO_BE_REPLACED

For the first time I saw a couple include a hashtag on the inside of their wedding kippahs. Hashtags are used on social media sites such as Twitter and Facebook. Hashtags are a word or phrase preceded by a hash or pound sign (#) that are used to identify messages on a specific topic making it easy to search. Oftentimes at conventions, conferences, events and sports games a hashtag is recommended so users can follow the related posts.

END_OF_DOCUMENT_TOKEN_TO_BE_REPLACED

Jewish day school parents will soon be sitting in crowded movie theaters able to relate with the family on the big screen. “That’s us!” they’ll say as they watch Zach Braff and Kate Hudson star in the upcoming movie “Wish I Was Here.” In the film, which premiered last month at the Sundance Film Festival and has raised over $3 million of its $2 million goal on Kickstarter, Zach Braff plays Aidan Bloom. Bloom is a struggling actor living in suburban Los Angeles with his wife (Kate Hudson) and their two children. The couple is forced to pull their children from their Jewish day school after his dad, played by Mandy Patinkin, announces he is suffering from cancer and will no longer be able to pay tuition. Rather than send them to the local public school, Braff’s character decides to home school the kids.Zach Braff co-wrote the script with his brother Adam. He told the Hollywood Reporter that it’s based on their real life childhood. “It was kind of a combination of both of our lives,” he said, according to The Hollywood Reporter. “We did have a very strong Conservative/Orthodox upbringing.” Many families will be able to commiserate with the challenge of affording day school tuition.

And when parents choose to send the children to Jewish overnight camp in addition to Jewish day school, the bills really start adding up. Just ask any Jewish family that sends their children to private Jewish day school and a Jewish summer camp about the affordability of such endeavors and they’ll use words such as “sacrifice,” “hardship” and “priorities.” With the cost of Jewish day school tuition for one child varying from $10,000 all the way up to $40,000 per year, more Jewish families who desire a day school Jewish education for their children are finding it cost prohibitive even with financial aid.

Add to those rising costs, the additional expense of a month or two at a Jewish summer camp and families are having to just say “no” to their kids. In the new economy, the Jewish middle class has virtually vanished. Many families who once would be considered upper middle class are forking over their tax returns hoping for subsidies to make day school and camp tuition affordable. New organizations like the Affordable Jewish Education Project (AJEP) are sprouting up seeking to imagine alternative solutions to the economic crisis. Plain and simple it’s becoming cost prohibitive to raise a Jewish family according to the values of day school and summer camp.

END_OF_DOCUMENT_TOKEN_TO_BE_REPLACED

For the second year Adat Shalom Synagogue brought two generations together for “Tech Connect.” This program, conceived of by Charlotte Dubin and endowed in memory of her late husband Harold, has Jewish teens teaching the older generation about new technology. Tech Connect II took place on two Sundays at the Farmington Hills-based Conservative synagogue.

As I did at the inaugural Tech Connect, I opened the program with some thoughts on how technology has changed our lives. After speaking about how the Internet can be used these days to do everything from purchase an airline ticket to order photo prints of grandchildren to download a new pattern for the sewing machine, I watched as savvy teens assisted computer-challenged boomers with notebook computers and tablets. It struck me that this program should be replicated around the world because there are many Boomers and seniors who do not have young grandchildren around to help learn today’s tech gadgets.

In her book “Dot Complicated,” Randi Zuckerberg writes about something that many of us have recognized. The older generations learn from the younger generations when it comes to computers and technology. I can’t count the number of times an adult has remarked to me how a child taught them to use a new smartphone. Perhaps this is no different than generations ago when adults couldn’t program a VCR or answering machine and relied on their children to do it.

END_OF_DOCUMENT_TOKEN_TO_BE_REPLACED 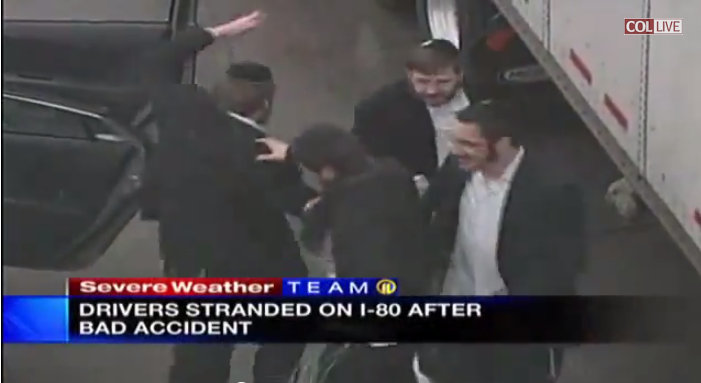 I was in Jerusalem in December 2012 with a dozen of my Conservative rabbi colleagues on a mission to support our sister movement in Israel — the Masorti Movement. At a lovely dinner on the first evening of our stay at the Mamila Hotel in Jerusalem I was seated next to Arie Hasit. The two of us immediately began to talk over appetizers and commenced a game of Jewish geography. Turns out we know countless mutual people. As a high school student Arie was very active in United Synagogue Youth (USY) and knew many of my colleagues who were youth directors or working for USY international headquarters in New York during Arie’s high school years. Now, Arie is a student at Machon Schechter (Schechter Institute of Jewish Studies) studying to be a Conservative rabbi and also working as the Acting Rabbi of Naom, Masorti’s youth movement.Most of my colleagues on that mission traveled back to the United States a few days later before Shabbat, but I chose to extend my stay for a Shabbat in Jerusalem. Rather than visiting friends for Shabbat I took Arie up on his kind invitation to have dinner with him and some friends at his apartment in the Baka neighborhood of Jerusalem.

It was over Shabbat dinner at his home that Arie mentioned that, like me, he was a member of the Alpha Epsilon Pi (AEPi) fraternity. I asked him which chapter of AEPi and he told me that he attended Harvard University. I explained that I had led a Birthright Israel trip for college students at both the University of Michigan as well as Harvard back in 2004 and of course he knew many of the students on my Birthright trip. Knowing that Facebook founder Mark Zuckerberg was also a brother of AEPi at Harvard, I asked him the obvious question: “So, were you friends with Zuck?”

That’s when Arie Hasit looked up from his salad and told me that he was Number Four. “Wait a second, you had the fourth Facebook account ever?” I asked him incredulously.

It’s a story that Arie no doubt had recounted many times since his time at Harvard. I always enjoyed telling people that I had one of the first Facebook accounts in Michigan since I had known about The Facebook and as soon as the University of Michigan was brought into The Facebook, I used my umich.edu e-mail account (I worked for Michigan Hillel) and signed up. But Arie clearly had me beat. After three of The Facebook’s co-founders created their accounts, Arie Hasit became the fourth user on the famous social networking site.
END_OF_DOCUMENT_TOKEN_TO_BE_REPLACED