News has just come out that actress Gwyneth Paltrow will be converting to Judaism. To many, this is a confusing bit of news because we have always thought of Gwyneth Paltrow as Jewish and listed her among today’s most famous Jewish celebrities. However, it is her father who was Jewish and not her mother, the actress Blythe Danner. This means that Gwyneth Paltrow is what is known as a “patrilineal Jew” — only Jewish through the lineage of her father. In Reform Judaism, she’s considered a full member of the Jewish people, but this isn’t the case in a more traditional Jewish interpretation of Jewish identity.

Paltrow’s high profile conversion to Judaism will raise the profile of this controversy in modern Jewish life. A 2007 JTA.org article discussed the various solutions to the problem of how to recognize patrilineal Jews in a traditional congregation. Rabbi Sharon Brous of Ikar LA (and other rabbis) have begun a custom of having all teens in the synagogue immerse in a mikvah with the appropriate blessings before the year of their bar or bat mitzvah thereby converting those Patrilineal Jewish children who were raised Jewish, but wouldn’t be considered Jewish according to Halacha (Jewish law). I recently published a blog post about Gwyneth Paltrow’s upcoming conversion and what it will mean for the thousands of Patrilineal Jews who might not have considered the need to formally convert.

We rabbis often lament about how many issues divide our people. We pray differently, we keep kosher differently, we talk about Israel differently, etc. The truth is that while these topics make us debate with each other and cause us to affiliate with our own congregations and communities and organizations, they don’t change the fact that we’re all part of the Jewish people. The only issue that truly does divide us in the sense that it keeps us from uniting as one people is the issue of Jewish identity — what’s commonly called “Who’s a Jew.” 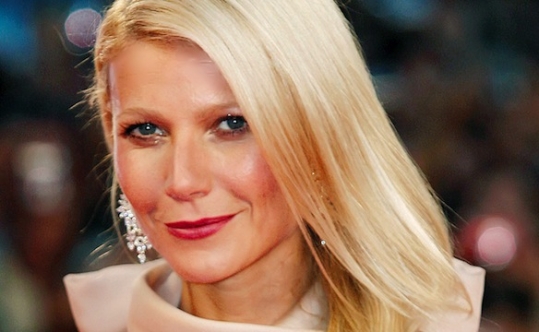 The 1983 decision by the Reform Movement (in North America, not in Israel) to consider those with a Jewish father and a non-Jewish mother as fully Jewish changed the rules of the game. In my first decade as a rabbi serving communities of young Jewish people (both on a college campus and at a Jewish camping agency), I’ve been asked numerous times by patrilineal Jews whether I consider them Jewish. At the end of a Birthright Israel trip a young female participant asked if I would be willing to officiate at her wedding even though her mother isn’t Jewish. As a Conservative rabbi I find these to be the most challenging questions I’m asked. My Reform and Orthodox rabbinic colleagues respond to these questions without much hesitation or difficulty. The Reform rabbi is able to cite the movement’s resolution establishing that “if the child is raised exclusively as a Jew and one parent is Jewish, then the child is recognized as a Jew in Reform communities regardless of the gender of the Jewish parent.” The Orthodox rabbi frames the answer with cut-and-dry legal wording, explaining that the definition of Jewish lineage according to Halacha (Jewish law) is a child born to a Jewish mother or one who undergoes proper conversion.

Like many Conservative rabbis this issue hits home with me. I have cousins who consider themselves Jewish according to the Reform Jewish tradition in which they’ve been raised, but who are not considered Jewish according to Jewish law. As time goes by we will find many more of these individuals, and likewise find ourselves wrestling with how to deal with these issues. There are thousands of people who came of age in the 80s when the Reform Movement put into writing what many Jewish families were already following — namely that a “half-Jew” could be treated as a full Jew. Many of these individuals consider themselves full-fledged members of the Jewish people, but also know that there are those who don’t consider them as such. Issues arise when these individuals (known in rabbinical literature as “Zera Yisrael” — the seed of Israel) enroll in a traditional Jewish day school or choose to be married by a Conservative or Orthodox rabbi. These stories don’t often get much publicity. Patrilineal descent is usually only brought into the mainstream when discussing the Jewish lineage of a celebrity or a professional athlete. Rachel Bilson, the teen actress of “The O.C.” is often listed as a Jewish celebrity, but only her father is Jewish and she thus wouldn’t have been able to have a bat mitzvah at a Conservative or Orthodox synagogue. Ryan Braun is the most well known Jewish baseball player, but it’s through his father that he claims his Jewish ancestry and therefore wouldn’t be awarded an aliyah in many congregations.

Now a mega celebrity is catapulting the topic of patrilineal descent right onto our dinner tables just weeks before the High Holidays. Rabbis might feel inclined to include this issue in their Rosh Hashanah sermons this month. Gwyneth Paltrow has long been considered a Jewish actress by her fans and those in Hollywood who know that her father was Jewish. Paltrow’s mother is Blythe Danner, the actress known most notably for her roles in television’s “Will and Grace” and the movie “Meet the Parents”. Now, Paltrow has announced that she has been in the process of a conversion to Judaism. This has led to confusion among many who thought Gwyneth Paltrow was already Jewish.
END_OF_DOCUMENT_TOKEN_TO_BE_REPLACED