The post was accompanied by a written message from Nugent: “Know these punks. They hate freedom, they hate good over evil, they would deny us the basic human right to self defense & to KEEP & BEAR ARMS while many of them have tax paid hired ARMED security! Know them well. Tell every1 you know how evil they are. Let us raise maximum hell to shut them down!”

Local Rabbi Jason Miller said he is personally offended by the post.

“So, what he’s saying is anti-NRA people are all Jewish and he put an Israeli flag next to each of them,” Miller told WWJ’s Charlie Langton. “You simply can’t do that. That’s hate speech.” 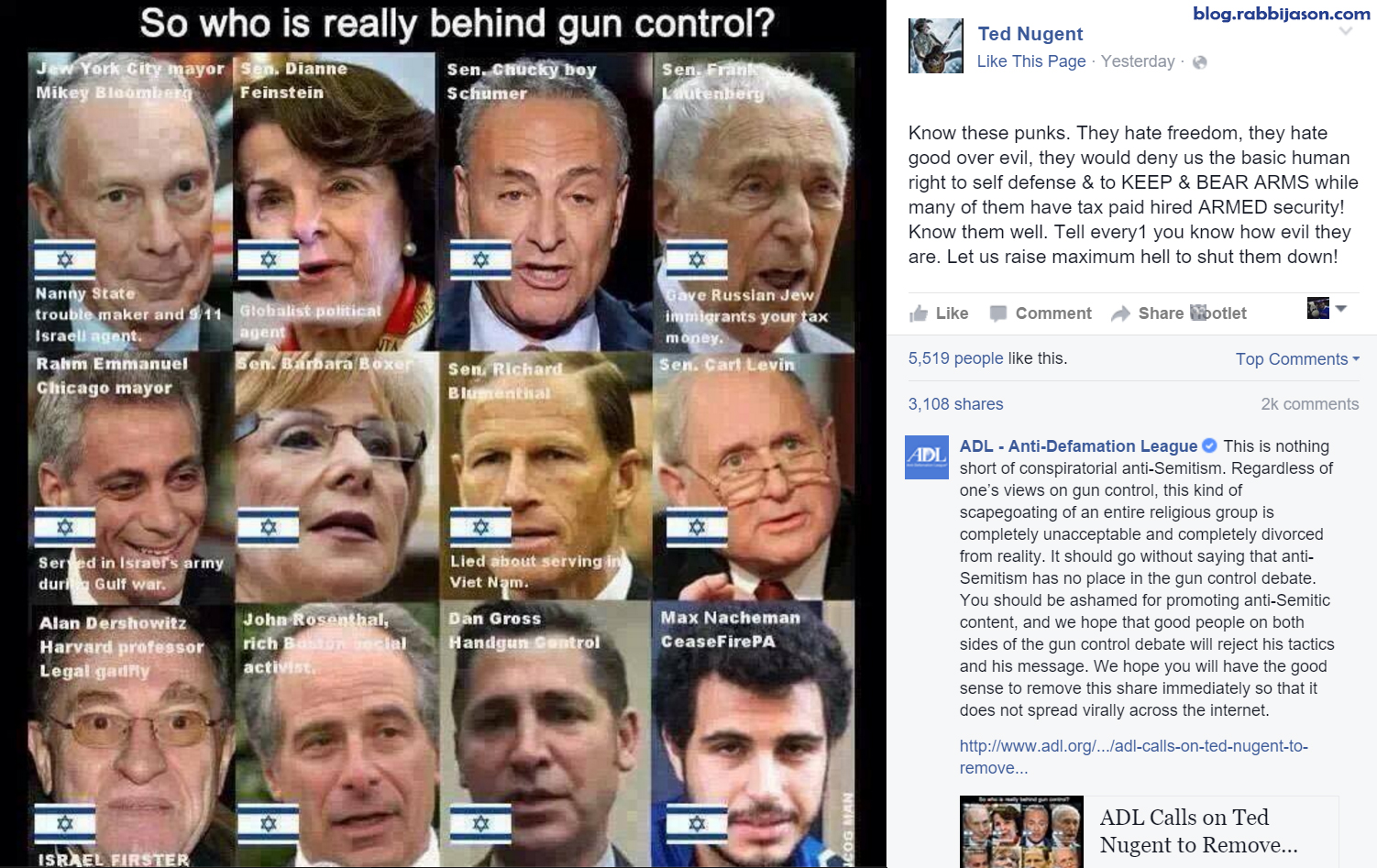 In a follow-up post, Nugent compared anti-gun Americans to holocaust victims.“I understand he loves his guns, I understand he believes he has the right to keep and bear arms, but to post these anti-Semitic rants is an affront to Jewish people everywhere,” said Miller.The Anti-Defamation League called Nugent’s remarks “nothing short of conspiratorial anti-Semitism.”

“Regardless of one’s views on gun control, this kind of scapegoating of an entire religious group is completely unacceptable and completely divorced from reality,” Jonathan Greenblatt, ADL CEO, said in a statement. “It should go without saying that anti-Semitism has no place in the gun control debate. Nugent should be ashamed for promoting anti-Semitic content, and we hope that good people on both sides of the gun control debate will reject his tactics and his message.”