In Entertainment Weekly‘s review of “The Social Network,” there is a wonderful quote from the film’s writer Aaron Sorkin (of “The West Wing” fame). In defending his decision to make the movie, which is critical of Facebook’s founder, Sorkin explains that he is not Mark Zuckerberg’s rabbi. 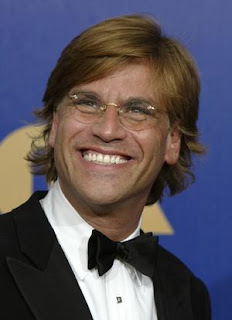 The famously fast-talking Sorkin turns almost somber as he discusses the harm his movie could do to the 26-year-old tech tycoon’s reputation. “I’ll be honest with you, there were times when I had misgivings, when I felt like, he’s just too young, and a movie fires such a loud cannon shot, that maybe I shouldn’t do this,” says Sorkin. Then, sounding surer, he adds, “It’s not my job to help his image. I’m not his press rep or his rabbi. But in the end, I didn’t feel like I was damaging him. I felt like I was painting a painting of him, as opposed to taking a picture of him.”