Is Twitter a good medium for Judaism? Two articles were recently posted on the Web that took opposing viewpoints on this question.

Donniel Hartman, President of the Shalom Hartman Institute and the director of the Engaging Israel Project, penned a critique titled “Judaism is not a Twitter-able Religion” in which he explained that the ideas of Judaism cannot be tweeted using the social networking site Twitter. Hartman argues that “in the past, we could always count on a regular stream of anti-Semitic events to maintain Jewish affiliation and identity. Today, ‘they’ aren’t hating us enough, or at least consistently enough, to generate on their own a Jewish identity and sense of belonging.” 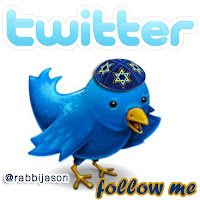 Today, he writes, we are looking for the “something” and “anything” to put out there as the message of Judaism. This method has the potential to create entry and access points, which will eventually lead to the beginning of new Jewish journeys, but this is not enough. While Hartman explains that he applauds these efforts, they are also of a great concern to him.
Hartman goes on to state his case:

The Jewish people have, since our inception, been the carriers of ideas. We changed history, not as a result of our economic or military power, nor by the enormity of our numbers. It was by the depth and significance of what we stood for – a way of life permeated by important ideas and values held together and conveyed through powerful and meaningful experiences – which placed Jews and Judaism as a transformational force in human culture.

This content is not Twitter-able. The journey of a meaningful Jewish life needs a wide bandwidth. It requires knowledge, time, and commitment. If we want Judaism to have a great future, and not merely a great past, we need to set our sights higher and deeper.

How do we solve the Jewish Catch-22? Part of it is not solvable, and we have to recognize that Jewish life was not in the past, and will not be in the future only a numbers game. However, there need not be a zero-sum game between short-term programs aimed at teaching “something,” and those that give content and meaning to a more extensive Jewish journey. The problem we face is conceptual. Too many of us, in particular those in leadership positions, have stopped thinking about the requirements of a deep and meaningful journey, relegating it to the domain of a luxury item to be nurtured when the crisis of Jewish continuity is resolved. While catering to the unaffiliated and communicating a message which they are capable of hearing, we need also to work to increase their capability. We need to continuously increase our demands, so that Jews will increase their demands from themselves and what they demand from their tradition. We need to ensure that there is no corner of Jewish life in which an individual, regardless of their denomination, is not able to engage a Judaism of depth and experience its vitality. In short, if we want Jews to embark on a meaningful Jewish journey, we need to ensure that such a journey is possible.[…]

We yearned for an era in which Jews would be accepted as equals; we now need to learn not to fear it. We can compete in an open marketplace of ideas. We can survive in an era of choice and develop and provide a tradition which can inspire that choice. It is dependent now on the choices we make as a community and the level of aspirations to which we strive.

An opposing viewpoint was blogged by Rabbi Ruth Abusch-Magder in a post for Hebrew Union College’s Tze U’lemad blog for continuing alumni education. She writes that “18 months ago, I did not see any of these wonderful ways to use Twitter to innovate spiritual connection, meaning making and engagement. Given the vast network that is Twitter, I have no doubt missed many other great innovations. And given that Twitter is still in its infancy, I feel certain much more will unfold.” She begins her revelation about Twitter’s benefits to Judaism:

At first glance it can easy to dismiss Twitter. Small bites of conversations not necessarily joined in linear progression have the potential to be devoid of meaning. But playing with the medium, it is clear, that the format also lends itself to innovation. Last week I described how Twitter is enhancing the traditional work of Jewish professionals, but Twitter is more than just a way to do the expected in a different format, it is an opportunity to do the unexpected.

Abusch-Magder cites several examples of how Twitter has been successfully used in various Jewish educational initiatives. Among others, Abusch-Magder mentions Tweeting during high holiday services, retelling the exodus narrative on Twitter, and the publicizing the Jewish Women’s Archive through Twitter. She also refers the reader to the highly popular Unitarian-Universalist minister on Twitter Rev. Naomi King who uses Twitter for what she’s termed “Digital Faith Formation” using the application TweetChat. TweetChat helps put your blinders on to the Twitter-sphere while you monitor and chat about one topic.

Both Rabbis Hartman and Abusch-Magder make valid points regarding Judaism in the 21st century. Hartman is correct that we shouldn’t allow ourselves to water down Judaism into soundbites (or tweets). Our millenia-old Tradition should not be squeezed into 140-character messages. However, there are important opportunities to utilize Twitter (and other social networking sites) for the promotion of Judaism in positive ways. This medium shouldn’t be quickly rejected as useless when it comes to bolstering Judaism and having our religion compete in an open marketplace of ideas.