Skip to the content
While I was in rabbinical school at the Jewish Theological Seminary in New York, I decided that I wanted a keepsake to remember the esteemed faculty. If it were high school, I suppose I could have asked my teachers to sign my yearbook. Since there were no year books around, I searched the house for something else to get autographed. A brand-new football caught my eye and with a white marker I began making my way around the Seminary in search of faculty members to put their John Hancock on my football. They were trilled to comply. 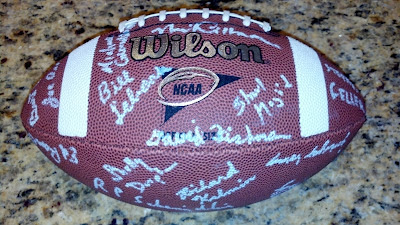