I was excited last week when the Huffington Post launched its new Detroit section. I clicked the link to take me to the new page dedicated to my hometown and the first article I read seemed to tell me that I wasn’t really from Detroit after all. Toby Barlow’s “Detroit, Meet Detroit” rant would have you believe that “many, if not most, of the people who identify themselves as being from ‘Detroit’ have really no idea what Detroit is like.” What?! 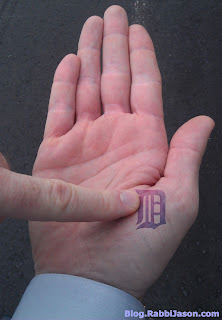 I’m very happy that Barlow has fallen in love with Downtown Detroit and everything that it has to offer him — from grocery stores no one in the suburbs think exist to the dry cleaners where he drops off his shirts. Whether Barlow realizes it or not, through his words he has brought the late Mayor Coleman A. Young back to life. Or at least the former mayor’s sentiment. In his twenty years in office, Mayor Young successfully drew a sharp divide between the residents of the City of Detroit and the suburbanites. The race riots of the late 1960s forced middle class whites to flee the city, but it was Mayor Young who kept them away. The polarizing mayor made the Eight Mile border a dividing landmark between the races. I’m afraid Barlow isn’t helping matters today.

When I’m out of town and someone asks me where I’m from, I tell them I’m from Detroit. If I told them I’m from West Bloomfield (the suburban city of my childhood) or Farmington Hills (where I currently reside) they wouldn’t know if that was in Michigan or Minnesota. If they look at me confused, then I explain I’m from the suburbs outside of the city. I don’t think that is any different than someone who lives in Skokie, Illinois telling people they live in Chicago, or someone who lives in Newton, Mass telling people they are from Boston.

I know Detroit well and I know what Detroit is like — bruises and all. It is a great city full of much potential and I enjoy spending time downtown. In any given year I find myself heading downtown for Tigers baseball and Red Wings hockey and Lions football, concerts at the Fox Theater and Comerica Park, and shows at the Fisher Theater and the Detroit Opera House. In the past year I’ve spent more time in the city as more businesses have moved in. There is certainly a revival in the Motor City and we should all be excited about the possibilities. But I want to caution Toby Barlow and anyone else who believes that to really be part of the Detroit renaissance one has to pick up and relocate to Downtown Detroit.

The people who are paving the way for this renaissance do not live in the city. Yes, these business people are working hard to get young talent to move to Detroit and live affordably in Midtown or Downtown with attractive stipends. But at the end of the day these executives are driving back north to their homes in the suburbs. Even the current mayor of Detroit, Dave Bing, maintains his home in the wealthy suburb of Franklin for when he’s not staying at the Manoogian Mansion on the Detroit River. And it’s important for Barlow to know that these tycoons who are buying up real estate in the center of the city and relocating their companies didn’t make their money in Detroit. The two mega companies now situated in Campus Martius were based in the suburbs (Compuware began in Southfield before moving its headquarters to Farmington Hills, and Quicken Loans had its headquarters in Livonia).

Even if the majority of employees who work in Detroit head back home north of Eight Mile at the end of the day, Barlow should be grateful to them. They’re paying income taxes to the City of Detroit where he lives but doesn’t work (a simple Internet search shows that Barlow works for an organization that is based in Dearborn, not within the city limits). For many energetic young people like Barlow Detroit seems like a euphoric metropolis now, but will they continue to reside Downtown when their kids are ready for school? The fact is that Detroit still has a high crime rate. How will that impact these enthusiastic Detroiters’ decisions to stay put as their kids get older?

In his article, Barlow cynically writes that it’s great that suburbanites might know the Faygo song but they probably don’t know about “the College of Creative Studies’ massively incredible new Taubman Center.” Hold on one second. How does Barlow think the CCS got that massively incredible new Taubman Center? Let me explain. From the generosity of Al Taubman. And I wonder if Barlow knows where Mr. Taubman got the money to support such a center that he finds to be massively incredible? He made that money owning malls. Big malls. In suburbs. In fact, since Novi is the first suburban city (of many) Barlow condescendingly mentions in his article, it’s ironic that without Twelve Oaks, the massively incredible mall that Taubman built in Novi, there probably wouldn’t be a Taubman Center at the CCS in Detroit. Barlow writes, “Nothing good ever came out of suburbia.” Perhaps he wants to rethink that one.

Both of my parents grew up in Detroit. They both graduated from Mumford High. Their families left the city, but not because the big homes with big yards in the suburbs were so appealing. They left the city because the city was changing for the worse. They left reluctantly, but who wouldn’t? There was increased crime and race riots that were bad enough the National Guard was called in. I sat with my parents last year as we watched the stage production of “Palmer Park,” which accurately portrayed the tense race relations in that Detroit neighborhood in 1967. My parents had tears in their eyes (and so did every other native Detroiter of their generation who sat in the theater) because this production brought back the emotionally jarring, difficult times of that period.

My grandparents’ generation didn’t turn their backs on the City of Detroit. They continued to work in the city and support its culture. They were saddened that they had to move out because they didn’t have a choice. In fact they always spoke nostalgically and lovingly about the City of Detroit. And my parents’ generation didn’t turn their backs on the city either. When you live in the suburbs you’re just not going to head downtown every Saturday night for dinner. It’s just not realistic. That doesn’t mean that suburbanites are forsaking the city. It also doesn’t mean that we’re ignorant of the city’s offerings. I never doubted that people who live Downtown like Barlow are able to get their dry cleaning done close to home and go food shopping. I’m thrilled that there are new restaurants and jazz clubs opening up. I’m thrilled that Eastern Market is booming. I love that Detroit has hosted a Superbowl and a World Series and a Final Four. That makes me proud because I’m a Detroiter.

It is wonderful that more young people are considering Midtown and Downtown as viable places to live. I really think that’s great. Unfortunately, the young people choosing to move into fancy lofts in Midtown instead of Royal Oak, Ferndale or Downtown Birmingham will not save the city. The City of Detroit is 144 square miles of land that is too big to manage. The solution to this problem will not be young suburbanites reclaiming the city blocks once inhabited by their parents and grandparents. It also won’t help the crime rate or the corruption that stains the city’s political arena. The old mentality that the City of Detroit doesn’t need or want white suburbanites coming into to “our City” is unfortunately still alive and well (just ask business leaders how difficult it is for them to get city contracts).

Rather than criticizing the suburbanites who choose to stay in their suburban homes, Barlow would make more sense if he thanked the suburbanites who work in the City of Detroit and come to the city for sports events, casinos, dining, and entertainment. It’s the money coming from the suburbs that’s going to spurn the renaissance for the City of Detroit. No matter how much grocery shopping and dry cleaning Barlow does in the city, suburbanites like Dan Gilbert and Peter Karmanos are the ones turning the city around. And even if they head north on the Lodge Freeway to go home after work each day, they are Detroiters. And so am I.