Skip to the content
In 1997, when Mitch Albom published his now famous Tuesdays with Morrie, he essentially presented three gifts. The first, of course, was his gift to society. Albom, a Detroit sportswriter who I’ve grown up reading, shared the inspiring wisdom of his college professor Morrie Schwartz. Publishing this book was also a gift to himself as he now has a memoir of his mentor’s lessons.

The third gift that Albom gave through writing this book was the gift of an ethical will for his beloved professor. Albom penned his old professor’s legacy of words. He served as a trusted biographer, an inquisitive interviewer, listening intently to Morrie’s story so that it will not soon be forgotten. Through Albom, Morrie Schwartz was able to leave his family and friends with a vivid image of him. I never met the man, but after reading the book (twice!), I have images of him laughing, dancing, and philosophizing in my head. Imagine how reading this book brings him back to life for those who knew him intimately.

For Morrie Schwartz, Mitch Albom did not merely write a “book.” He penned his ethical will on his behalf. Writing an ethical will is not a new idea. In this week’s Torah reading, we learn of the first ethical will when our patriarch Jacob called his sons together and said to them, Come together that I may tell you what is to befall you in days to come. Assemble and hearken, O sons of Jacob; Hearken to Israel your father. He then spoke his ethical will to each of his sons, one at a time. He told them what he expected of them, what he learned in his own life, and what his blessing was for them. 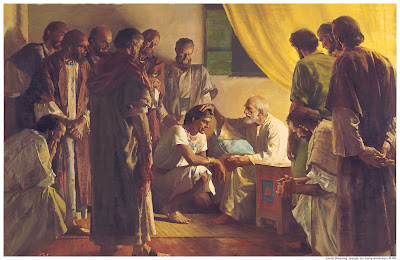 There are three types of wills. The first is the most common one called a “Last Will and Testament.” In this legal type of will, usually drawn up by an attorney, the estate distributes material possessions after the individual’s death. It is in this will that you state to whom you would leave custody of your children, where your money will go, who gets the rare stamp collection, the bowling trophies, the Bob Dylan records, and so on.

Another type of will that is also of great importance is a living will. In a living will, one makes advance decisions about medical care in the event they should become incapacitated. With advances in medicine, it is crucial that we spend some time considering what our wishes would be should we find ourselves debilitated with an incurable illness. A wonderful source for guiding us through this complicated and challenging matter is Clal’s guide to palliative care entitled Embracing Life & Facing Death.

Ethical wills are not legal documents as compared to living wills and your last will and testament. In your ethical will, you decide how you want to be remembered. Rather than bequeathing material possessions to your survivors, you bestow to them the deeds and ideals by which you want others to remember you. Mitch Albom gave his friend an enormous gift by essentially publishing Morrie’s ethical will on his behalf, but the rest of us will not have a talented writer like Mitch Albom to do this for us. And so, we must take on the responsibility of writing our own ethical will — our legacy for our progeny.

A famous ethical will was composed by Nachmanides, a 13th century Jewish scholar and biblical commentator who lived in Spain. Late in his life he composed an ethical will to his son, writing, “Accustom yourself to speak in gentleness to all men, at all times. Thus will you be saved from anger, the fertile cause of sin… Remove anger from thy heart, and put away evil from thy flesh.” He concludes with, “Read this Letter once a week, and be as regular in carrying out its injunctions, by its aid walking forever after the Lord, blessed be He; that thou mayest prosper in all thy ways, and be held worthy of all the good which is treasured up for the righteous.” Nahmanides’ ethical will to his son is so moving that it is actually included in many editions of the prayer book.

Some might wish to include practical advice in their ethical wills. Moses Sofer, known as the Hatam Sofer, included the following in his ethical will to his children, “Be strong and courageous in diligent and penetrating study of God’s law. Establish groups for the dissemination of Torah, and promote activities for Torah among the populace. If you can do only a little, then do that little with utmost devotion.” In our ethical will, we might explain why we were philanthropic with certain causes in the hope that our children will continue that pattern of giving tzedakah. Perhaps there were certain life lessons we learned, mistakes we don’t want our children to repeat, and secrets we want to share.

In our day and age, we simply pick up the phone to communicate with friends and family or send simple text messages and chats. Pen and paper letter writing is a thing of the past today. Therefore, composing an ethical will can be a very challenging task. And yet, it can be a cathartic endeavor as well. It can be an opportunity to sit down and explore those lessons you wished you had taught during your life, but did not have the time. You might think you are going to be disappointed discovering all the things you wished you did in your life, only to realize how much you actually accomplished.

Take the example of Jacob in this week’s Torah portion and give the gift of an ethical will to your loved ones long after you’re gone. They’ll be thankful for the gift.