Skip to the content
In Judaism there is a concept called “yichus,” which basically means lineage or pedigree.  In popular parlance “good yichus” is used to describe someone with connections to a distinguished family. I was thinking about this term the other day while reading Time Magazine’s very witty Joel Stein’s column.  Stein decided to research his geneology and see what kind of yichus he has. He did this reluctantly at the urging of Friends star Lisa Kudrow who is the executive-producer of NBC’s upcoming Who Do You Think You Are? 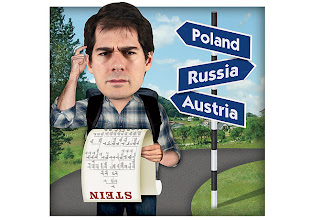 I read two other articles that day that focused on bad yichus. The first article was about Bernard Madoff’s daughter-in-law who went to court to legally change her last name, along with her children’s last name. To avoid embarrassment and the occasional death threat, Stephanie Madoff filed court papers in Manhattan asking to change her last name to Morgan. As I read this news, I thought of my good friend who was so excited to recently learn that his wife is pregnant with a boy who will carry on his family’s last name into the next generation. Names are so important to us because they are the link to our history; to previous generations of our family. With the Madoff case, here was an example in which Bernie Madoff’s son Mark watched his children be stripped of his last name in order to lose the link to that part of their heritage.

Finally, I read about the upcoming book written by the son of a Hamas leader who reveals that he spied for Israel. Mosab Hassan Yousef, the 32-year-old Palestinian who converted to Christianity, escaped the West Bank in 2007. In his memoir “Son of Hamas,” he discusses his years as one of Israel’s most valued informants inside the Hamas terrorist organization. This is an example in which both father and son are angered and ashamed of their yichus. The JTA reports today that “Sheik Hassan Yousef, who has been held in an Israeli prison since 2005, said in a statement released Monday that he, his wife and other children disown his oldest son (who worked undercover for Israel’s Shin Bet agency for ten years). The statement reportedly was smuggled out of the prison.” And on the flip side, the son has disassociated himself from his terrorist father.

So, yichus can be both positive and negative. Some are proud of their heritage and others are ashamed of it. Either way, however, a family tree tells the narrative.