I have a feeling that author Mitch Albom timed the release of his new book, “The Time Keeper,” to coincide with the Jewish High Holy Days. This work of fiction forces us to consider the meaning of time and why it is not good for humans to try to control it. Albom’s message, interwoven in a beautiful story, will likely bring much food for thought to Jewish worshipers during this contemplative season, known as the Days of Awe.

Albom is a self-proclaimed secular Jew, as he articulated in both “Tuesdays With Morrie” and “Have a Little Faith”; however, he cannot hide the godliness that permeates this novel. In the acknowledgement section of his latest work Albom writes, “First, thanks to God. I do nothing without His grace.” There can be no question that “The Time Keeper” comes from a place of deep spirituality, if not an overt association with institutional religion. Issues of free will, reward and punishment, divine intervention and profound prayer inform Albom’s characters throughout.

“The Time Keeper” opens by looking at the difference between humans and animals. While animals seem to just live their lives without considering or even knowing about the concept of time, we humans are always thinking about time. From generation to generation, we count the seconds, minutes, hours, days and years of our lives. While we have no control over time, we still wish to either speed it up or slow it down. (Spoiler alert…)

Albom has brilliantly constructed three characters who demonstrate how humans seek to control time. Creatively named Dor (Hebrew for “generation”), Albom’s first character lives 5,000 years ago and was the first human to measure time. Counting months and hours and breaths, Dor neurotically seeks to keep time while all those around him try to conquer God. It was during his generation that the Tower of Babel is constructed, a project conceived of by Dor’s best friend Nim. Dor tries to convince his childhood friend that conquering time was a more noble effort than building a corporeal structure to the sky to overtake the incorporeal, but Nim couldn’t understand that and banishes Dor to a life of exile.

When Dor’s wife falls deathly ill he runs rather than returning her from exile to get help. In his deep regret he wishes he could have stopped time. As a punishment for trying to gain human control over time he is sentenced to eternal life as Father Time in a cave where he hears the cries of all humanity throughout the generations. Their cries are about time and their desire to dominate it. 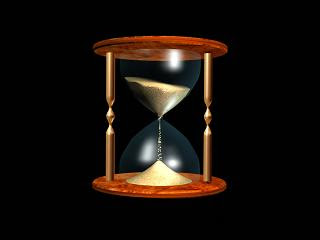 Dor wants to stop time, while Albom’s other two protagonists want it to either speed up or slow down time based on life’s circumstances. Sarah Lemon is an overweight, high school senior with low self-esteem, anxiety issues and a crush on an out-of-her-league boy. She is a bright student who gets perfect grades and has a promising future, but her teenage social struggles make her want time to end by committing suicide.

On the other side of the spectrum is billionaire hedge fund tycoon Victor Delamonte, who after a successful life and a long marriage is on dialysis to help him live but a few more months. Victor, however, will do anything to extend his life and buy himself more time on earth. He’s even willing to stop dialysis if it means having his lifeless body frozen in a Cryonics lab to return generations later when there’s a cure for his cancer and he can return to the life of wealth and luxury he has come to know. Sarah wants less time. Victor wants more time. And Dor is charged with the mission of helping them both realize that control over time is more of a curse than a blessing. As Dor himself learned, controlling time is no gift.

Rather than preach to us that we should end our futile preoccupation with time, Albom constructs a wonderful fantasy with characters both human and mythical to drive that point home. It is a skill that Albom has demonstrated before by offering wisdom through his dying professor (“Tuesdays With Morrie”) and his dying childhood rabbi (“Have a Little Faith”).

Dor delivers wise counsel after spending thousands of years in a “purgatory” of eternal life. “Everything man does today to be efficient, to fill the hour? It does not satisfy. It only makes him hungry to do more. Man wants to own his existence. But no one owns time,” Dor counsels Victor.

Albom’s Victor shows us that no matter how much money one has, it is impossible to beat time. After all, billionaires have the same 24 hours in a day that the homeless have. Victor has more wealth than he could ever spend, but he craves for an eternity. Again, the author has fun with his character’s names. Even the “Victors” have to play the cards they’re dealt and Sarah Lemon shows us that no matter how challenging life gets, you need to use the time you have to make lemonade from those “lemons.” [Note: Albom told me that he didn’t make these character associations intentionally.]

What is important is for us to make the best use of the time that we have. We are unable to stop time and we are unable to speed it up. However, we can seek to do the best we can in the amount of time we are given by God. All of us are time keepers. All around us, we have clocks and watches and calendars. Six millennia ago, Dor sought the key to keep track of time. Today, we are slaves to it. Time is kept on our wrists and computer screens, on our cell phones and on the walls of our home, but Mitch Albom teaches us that being a time keeper is not the way to live. Through Dor’s wisdom he warns, “There is a reason God limits our days … To make each one precious.” Perhaps that is the best message for the Jewish season of introspection.

For the past eight years Craig has been collecting short stories, anecdotes and introspections from fascinating people and publishing them on his Let My People Sing website during the Jewish month of Elul. As he writes, “There is a great Jewish tradition to dedicate the 29 days in the month of Elul to study and prepare for the coming high holy days. The time is supposed to challenge us to use each day as an opportunity for growth and discovery.”

Apparently, I misunderstood Craig when he asked me because I could have sworn he said “Drools of Elul.” Kol Hakavod on this awesome project Craig! Shabbat Shalom! 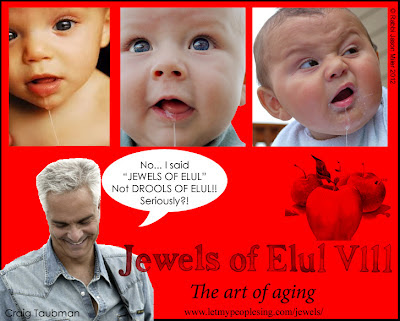 (c) Rabbi Jason Miller | http://blog.rabbijason.com | Twitter: @RabbiJason | facebook.com/rabbijasonmiller
I was looking forward to meeting many of the inspirational educators and thought leaders at the #140edu conference in New York City this week, but the one speaker I was really excited to meet was Lil Jaxe. 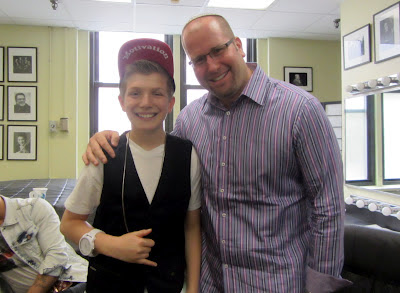