More than three years ago, an article in the New York Times reported that the Reform Movement of Judaism was examining ways to retain young men in the faith. It is well known that women are much more involved in organized Jewish life — at least in the progressive movements of Judaism (Reform, Renewal, Reconstructionist, and Conservative). Now, the same author of that NY Times article, Debra Nussbaum Cohen, writes in the Forward about a new initiative to keep post-bar mitzvah boys involved in Jewish life.

The article, Do Jewish Boys Need a Room of Their Own?, explains how the organization Moving Traditions, creators of the Rosh Chodesh: It’s a Girl Thing! program is now turning its attention to boys. Focus groups were conducted to research the developmental life of boys and how they felt about becoming involved in the Jewish community. Thus far, Moving Traditions has commissioned a research report, titled “Wishing for More: Jewish Boyhood, Identity and Community”. Most of the boys complained about the offerings available to them within organized Jewish institutions.

The organization is developing a program that can be replicated around the country, like the Rosh Chodesh: It’s a Girl Thing! program. Deborah Meyer, director of Moving Traditions said, “We’re going to come out with a program that can be offered to boys in a variety of settings, as well as a framework for working with Jewish boys. We want to know the most effective ways to get them in the door and to work with guys to have conversations of meaning. We want to help them form a Jewish identity and a healthy male identity.” 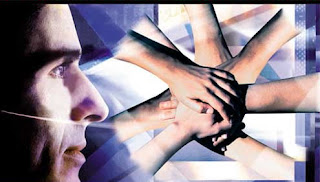 I’ve been noticing the trend of boys becoming less involved in the Jewish community for some time now. An article titled “Where Have All the Jewish Men Gone?” in the Boston Globe last year theorized that as the role of women has increased in Judaism, the gender imbalance has grown. In the Conservative Movement, as egalitarianism has spread throughout the synagogues over the past few decades women have eagerly embraced their new found ability to serve in leadership roles — from leading the congregation in prayer to leading the congregation’s board as president. The article opened by stating that “Judaism has a boy problem.” And it does.

Growing up, I sat in synagogue with two people — my grandfather and my mother. My grandfather came from the generation where men go to shul while their wives stayed at home and cooked. Not so for his daughter; my mother. My mother’s generation was still involved in the sisterhood, but they were also becoming officers of the congregation and being called up for an aliyah to the Torah. My generation of Jewish men has seen our female contemporaries become rabbis and cantors, leading the congregation in prayer. Women in the highest leadership positions of a religion once dominated by men can be a turn off for many men. And therein lies the answer to “Where have all the Jewish men gone?“

The women’s liberation movement in Judaism fought to create Torah commentaries from a woman’s perspective. Those are no longer necessary as the newest Torah commentaries being published include the female perspective. Women wanted women-only prayer groups during the 70’s, 80’s, and early 90’s, but they are no longer necessary as virtually all Reform, Reconstructionist, and Conservative congregations are completely egalitarian and more likely to be led by female congregants than men.

We are now seeing men who are desiring men-only prayer groups and a Men’s Torah Commentary, which would sound redundant a generation ago. The Reform Movement, concerned about the dearth of young men in organized Jewish life, has been examining this trend. The Union for Reform Judaism reported in 2007 that boys constitute only 22% to 43% of youth group participants; 28% of campers at the Reform movement’s leadership camp for teens, Camp Kutz, and 33% of first-year rabbinical students at Hebrew Union College.

The Reform Movement’s press has published “The Still Small Voice” – a collection of essays about being a Jewish Man. They have also come out with a resource guide for beginning the conversation about men’s programming and a book titled “Wrestling with Jacob and Esau: Fighting the Flight of Men within the Reform Movement.”

Perhaps the answer to the boy crisis is that there really isn’t one. What we are witnessing is merely a leveling out period of transition. Feminism has been quite successful in gaining equal rights and equal access in synagogues and in the greater Jewish community. Now it is up to men to figure out how to position themselves in the egalitarian Judaism of the 21st century. Judaism is large enough for both men and women, boys and girls to participate.

(c) Rabbi Jason Miller | http://blog.rabbijason.com | Twitter: @RabbiJason | facebook.com/rabbijasonmiller
I facilitated a “Torah on Tap” session tonight for Agudath Israel. Over 20 guys came out to discuss men’s roles in the synagogue today. “Where Have All the Men Gone” was the topic and we discussed how the feminist movement and egalitarianism, while positive, have contributed to men turning away from synagogue activities.

The evening was sponsored by the Sloppy Joe group, which was an interesting side note. The Sloppy Joe group, a men’s poker and dinner club, began a number of years ago when a women’s Rosh Chodesh group started at the synagogue. A photographer was there to take pictures for an upcoming article on Torah on Tap (Jewish) and Theology on Tap (Christian) to be published in New Jersey Monthly Magazine.