In my first blog post I simply wrote, “Welcome to my new Blog. I haven’t yet decided what I will use this forum for, but we’ll see. It will likely have some of my writings, as well as some news articles that I find of interest. Thanks for visiting and enjoy!” No one read it.

Now, over eight-and-a-half years later my blog has been visited over half-a-million times and each post averages 1,000 readers.

So, what should my 1,000th blog post be about I wondered. I decided to take the advice I give to would-be-bloggers all the time: “Write about what’s happening in the world and how it affects you and your community.”

Yesterday was Lag Ba’Omer, the thirty-third day of the Counting of the Omer. During this time of year almost 2,000 years ago, the Jewish tradition teaches, a plague killed thousands of Rabbi Akiva’s students because they did not treat one another respectfully. According to a medieval tradition, this plague ended on Lag Ba’Omer. Thus, in modern times Lag Ba’Omer is treated as a festive day with celebration.

Yesterday, on Lag Ba’Omer 2012, President Barack Obama became the first sitting president to fully endorse same-sex marriage. There will be those who will surmise that the President’s statements were made for political gain, but his words were powerful and historic and appreciated by millions. 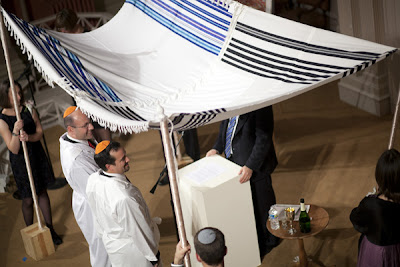 Homosexuality is not an easy subject to deal with in Judaism. Based on a few words in the Torah, the issue is one of the most divisive in Jewish communities today. However, in very recent years and based on several monumental decisions, many in the more progressive Jewish communities have come to see this issue as a matter of human dignity (Hebrew: k’vod habriyot).

For gays and lesbians who have fought for marriage equality, Lag Ba’Omer 2012 was an epic day in which a plague ended.

Marriage in the minds of millions is the joining of a man and a woman in a holy union. We all have that traditional image of marriage because that is all we have known. However, times change. And with the changing of the times, the conventions we have long maintained change as well.

For many Jewish people, the Torah’s stance on homosexuality will continue to be clear, certain and immutable. However, for a good many people, there is much room for interpretation. And the interpretation of the Torah will be impacted by several factors including the dignity of real, living and breathing human beings who desire to love and be loved. Human beings who seek the equal rights of marriage regardless of their sexual orientation. 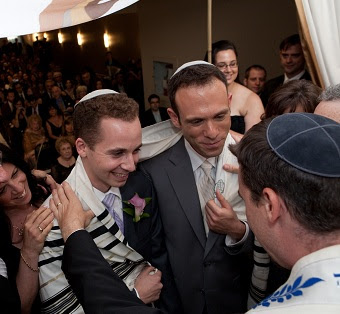 When I began my rabbinical studies at the Jewish Theological Seminary (JTS) in New York in 1998, I believed that homosexuality was a sin in Judaism. Admittedly, I hadn’t spent much time studying the applicable texts in the Torah or the commentary on the subject. I also didn’t know any gay or lesbian people (or at least I didn’t know they were gay or lesbian at the time). Throughout the course of my time at JTS, I came to understand how our community’s treatment of gays and lesbians has real and lasting effects on people’s lives. I got involved in a group called Keshet (rainbow), which advocated for the inclusion of gays and lesbians in the rabbinical and cantorial schools of JTS.

During my final year at JTS I served as President of the Rabbinical School Student Organization. On the last day of my term in office, I signed off on a major allocation of funds to be directed to Keshet and used for programming to educate the Seminary community about LGBT issues. During my first years as a rabbi I watched with great interest as JTS students worked hard to encourage the Seminary to open its doors to gays and lesbians who wished to lead the Jewish community as rabbis and cantors. With great admiration and appreciation from afar, I witnessed change being implemented.

The passing of a teshuva (religious opinion) by the Conservative Movement’s Committee on Jewish Law and Standards in December 2006 paved the way for gays and lesbians to enter JTS in the rabbinical and cantorial schools. The teshuva was co-authored by my teacher and friend, Rabbi Danny Nevins, who now serves as the dean of the rabbinical school there. It was his understanding that LGBT issues fit into the category of human dignity that served as the foundation of the teshuva.

Just as we’ve seen major change occur with regard to domestic partner benefits, the ordination of gay and lesbian rabbis and cantors, and the ability for rabbis to perform commitment ceremonies, we are now witnessing the epic moment when marriage equality will be realized for the LGBT community. President Obama’s statement will be regarded as a watershed moment for this cause.

Same-sex marriage does not mean we no longer take the word of the Torah to heart. It doesn’t mean we are overruling God. It means that we are giving homosexuals the same rights to be in a committed, loving relationship that has been blessed and sanctified. That is certainly a matter of human dignity in my opinion.

Kabbalah, the Jewish mystical tradition, teaches that the appearance of a rainbow will bring redemption just as a rainbow appeared following the great flood in biblical times.

In addition to Lag Ba’Omer being the day on which the plague was lifted from the students of Rabbi Akiva and they stopped dying, it also corresponds with the date on which Rabbi Shimon bar Yochai died. While the anniversary of a great sage’s death seems an odd time to celebrate, we learn that on the day Rabbi Shimon passed away a great light of endless joy filled the day. The happiness on that day was to the sage and his students “like that of a groom while standing under the canopy at his wedding.” In modern times, religious Jews flock to the grave of Rabbi Shimon bar Yochai in the city of Meron on Lag Ba’Omer where they sing and dance.

Another tradition on Lag Ba’Omer is for children to play with bows and arrows. The “bow” symbolizes a rainbow because it is believed that a rainbow was never seen during the lifetime of Rabbi Shimon bar Yochai. Tradition tells us that the sage himself was the sign of the rainbow.

And so, it is inspiring and meaningful that on Lag Ba’Omer, a day celebrated for a plague ending and the anniversary of the death of a great sage who was compared to a rainbow (Hebrew: keshet), the symbol of the LGBT pride movement, the President of the United States articulated his convictions that gays and lesbians should have the right to marry.

May the gentle radiance of the rainbow be a sign of God’s blessings on all of us who seek dignity and equality for all human beings. May the love that two people have for each other, regardless of sexual orientation, be blessed and made sanctified for the entirety of their lives together. Thank you Mr. President for helping to bring about this necessary freedom of equality.