Skip to the content
Thanksgiving is one of my favorite holidays. It is certainly my favorite secular holiday. I love waking up on Thanksgiving morning knowing that it will be a relaxing day spent with family and friends. I will contemplate all the things for which I am thankful, including being an American. 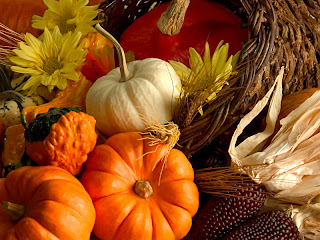 This week one of my children asked if Thanksgiving was a Jewish holiday or if it’s a holiday that everyone celebrates. I explained that it was a holiday that everyone celebrates, but there are some Jewish people who do not celebrate it. Some observant Jews believe that Thanksgiving shouldn’t be observed because it is a holiday invented by gentiles and has no basis in Jewish law. Heshy Fried (“Frum Satire”) created an xtranormal video on the matter of why frum (religious) Jews don’t celebrate Thanksgiving including some of the unspoken traditions of frum families eating turkey for the Shabbat dinner on the Friday evening following Thanksgiving (but no stuffing!).

Thanksgiving in my opinion should be a day for feeling grateful. Even if we give thanks to God on a daily basis in our prayers, it is essential to take a day out of our busy lives to be thankful for our country. I believe that the consumerism and materialism that is Black Friday have begun to infringe on the Thanksgiving holiday. Stores that encourage shoppers to wait on line for the best deals on the night of Thanksgiving are contributing to our society’s loss of the ideals of Thanksgiving. A day that has long been set aside to be grateful has become corrupted by those willing to camp out on a sidewalk to save $100 on a substandard flat-screen television and the stores that are opening for those sales on Thanksgiving night.

Not all of my colleagues agree with me that Thanksgiving is a worthwhile secular holiday for the Jewish community to celebrate. My colleague Rabbi Jill Jacobs, a leading Jewish activist who is passionate about fair wage, public housing, and homelessness, is not a fan of Thanksgiving. She writes:

Personally, I’m not a big fan of Thanksgiving… My problem is not that I think the holiday is asur [forbidden], or even that I think that the sins of the Pilgrims overshadow any future attempts to find meaning in Thanksgiving. Rather, I find Thanksgiving to represent some of the blandest parts of American life. Thanksgiving has almost as many rituals as some Jewish holidays–there’s the Turkey carving (tofurkey in my house), the ritual foods, the football game, and perhaps the quick round of “What are you thankful for?” And then, the next day, there’s the shopping.
With the possible exception of butternut squash and pecan pie, none of these are rituals that I’m eager to incorporate into my sense of what it means to be an American Jew. I am proud to be an American because of the (sometime) history of democracy, opening our doors to immigrants, and pursuing equality for all. I wish that we honored this tradition by spending Thanksgiving protesting unjust policies and working toward just ones. I even wish that we spent Thanksgiving telling our own immigration stories, grappling with the complications of American history, and thinking about how we want to act in the future. (Yes–I know that AJC puts out an interfaith Thanksgiving Haggadah to this effect, but I haven’t heard that the holiday has drastically changed as a result).

Instead, we get a holiday that’s about stuffing ourselves, watching large & overpaid men jump all over each other (probably while women fans are encouraged to flash their breasts), and preparing to max out our credit cards yet again. (many people also spend time on Thanksgiving volunteering at a local soup kitchen, but–of course–these noble efforts do little to stop the growing incidence of hunger in our wealthy nation.) Other than (tofu) Turkey replacing (veggie) burgers, Thanksgiving is little different from July 4, Memorial Day, Labor Day, or any of the other holidays that have lost any real meaning and have just become one more excuse for gluttony and worship of the gods of commercialism. I’m proud to be an American Jew. But I’ll take mine without the cranberry sauce.

While I feel strongly that part of being thankful for what we have should include being charitable, I don’t think Rabbi Jacobs presents a fair picture of the American Thanksgiving holiday. I much prefer my colleague Rabbi Brad Artson’s take on the Thanksgiving experience. He writes in the Huffington Post:

The Sukkot theory of Thanksgiving is really great. And it could even be true. The only challenge is that I couldn’t find any colonial Puritan authors who made that claim. What is charming about it, nonetheless, is the resonance that so many Jews feel toward Thanksgiving. It is a very “Jewish” holiday, even if it wasn’t a Jewish holiday to begin with: Great meal, great company, celebrating life and joy and resilience and freedom in community. All values embedded deeply in Jewish tradition.

But I’d like to invite us to a more nuanced and complex vision of what we can celebrate in Thanksgiving and in what we can dedicate ourselves to for Thanksgivings yet to come.

The term “Jew” comes from the Hebrew word Yehudah meaning thanks, joy, gratitude. At the core of the Jewish way is a resilient joy that directs our attention toward the blessings we already have, those we need to work toward to realize, and the need to share those blessings in community.

Turns out that Native American traditions have such a tradition as well — feasts of gratitude in which the abundance of the earth and community are shared, noticed and celebrated. So do most of the world’s wisdom traditions.

When I was a child, the Thanksgiving story was presented as early Americans (the Pilgrims) hosting a meal of gratitude that hosted Indians. The Indians were guests, the Americans were European. And we latter day Americans focused on the nascent democracy found among the Pilgrims.

As I grew and read, the circle expanded. I learned that the “Indians” were First Americans. They are not outsiders to America’s story, they have always been at its heart. So, Thanksgiving expanded to include two incompatible tellings — the tale as told by Puritans and a very different perspective as recounted by Native Americans. There was a bittersweet quality that joined the older narrative, a tale of displacement, of blindness to the wisdom and depth of the culture of First Americans, of their generosity in reaching out to the newcomers, of opportunities for cooperation and learning missed, of sheer survival against overwhelming odds.

But the expanding circles keep growing. Shortly after that first Thanksgiving Africans joined this continent as unwilling captives enslaved to serve European farmers and merchants. They too were seen as outsiders, and they too are now an irreplaceable component of the American story. Another layer of grief and tragedy, but also of extraordinary courage, caring, persistence and faith was added to our complicated national identity.

And the list continues to expand. First seen as interlopers, outsiders, group after group, moved from perifery to core, from alien to American: evangelicals, Jews, Irish, Chinese, Japanese, Mormons, Mexicans, Hindus, Buddhists, Muslims — each community (and still others) contributed their stories, perspectives and traditions. These cacophanous tellings were first viewed as threats, eclipsing what it means to be American. Eventually we recognized each new tide as expanding, transforming and elevating what it means to be us.

That process is by no means finished and is very much in process. Women made a claim to their own dignity and humanity — gaining first the vote, then growing power and a recognition for the distinctive ways that women add to American culture and vitality. Gays, lesbians and transgendered people have started to make themselves heard as participants and contributors, no longer tolerating those who would banish them to the margins. People with special needs are gaining a slowly attentive hearing — asking not for pity and charity but for access, dignity, partnership.

Most recently, brave voices have started to speak on behalf of the rest of the biosphere and our beleaguered planet. Can one love America and rape the land? Is is possible to celebrate “from sea to shining sea” while depleting those oceans of diversity and life, while dumping so much carbon into the air that we are literally choking the plankton that helps our planet breathe?
As the circles expand to include those who used to be invisible, marginalized, despised, our tellings of Thanksgiving become more nuanced and layered, and they shimmer with flashes of color they previously lacked. We are all enriched to inhabit a world of raucous diversity and resilient inclusion.

Our dinners may be less simplistic, and our giving thanks is now joined by taking responsibility. But as our telling swells to include many stories, we are made that much greater by the expansiveness of our humanity — warts, joys and all.

And for it all, let us breathe deeply, take it all in and give thanks. God bless us, everyone!

All holidays are complicated. Jewish holidays are complicated and so are our secular holidays. It’s crazy that we Americans spend Memorial Day at the beach, on the boat, and at barbecues. It’s crazy that some Americans spend their Thanksgiving Day camped out on a sidewalk waiting for deals on big-screen televisions. But that shouldn’t dictate whether Jews should celebrate Thanksgiving. For me, it’s a special day that includes spending meaningful time with family and friends, watching parades and football games, and eating a delicious meal. For all that I remain grateful.