Skip to the content
Thousands in Metro Detroit’s Jewish community have been flocking to Home Depot’s Facebook page in recent weeks. No, they are not all interested in becoming fans of the national retail giant. They are simply trying to help a local social service agency win $250,000 from the Home Depot Foundation. 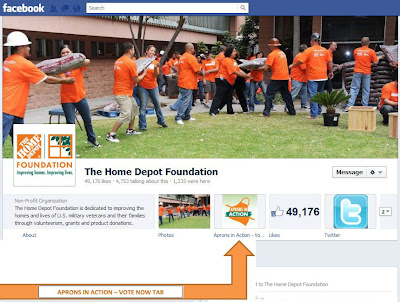 Many synagogues in 2012 have yet to budget for social media marketing so they look for the quickest and cheapest solution. In most cases this comprises of identifying a volunteer lay person or existing staff member who is willing and able to set up the congregation’s social media presence across the major networks. In some instances this is a teen who claims to be a Facebook wiz and over-promises and under-delivers. With many volunteers, congregations often get what they pay for.

Jewish organizations seem to be a little further ahead than synagogues in the social media department. Third party retailers like Target and Home Depot have forced nonprofit institutions to get on the social media bandwagon quickly because of their online contests in which the retailer partners with nonprofits for fundraising prizes. These crowd-raising initiatives have required nonprofits to bolster their social identity online to compete in the contests.

While businesses in the for-profit world have allocated serious funds to their online marketing initiative, the nonprofit world is still light-years behind. That should be no surprise because nonprofits often take a wait-and-see attitude when it comes to change.

Robert Evans and Avrum Lapin recently wrote on the eJewishPhilanthropy blog about an unofficial survey they conducted to investigate how Jewish nonprofits are “utilizing social media and how it enables them to meet the demands that they and their leaders are facing.” From the outset, they assert that the picture is not entirely positive and quote a synagogue software system developer lamenting that “most of the Jewish world seems frozen in the 20th century when it comes to being technologically advanced.”

Our recent survey demonstrated a significant lack of human or dollar resources invested by Jewish groups into Facebook and Twitter. Very few synagogues even seem to have any presence on Facebook or Twitter, although they all have websites, many of which are reasonably interactive. Robyn Cimbol, director of development at New York City’s Temple Emanu-El, noted that her congregation was probably the first Jewish congregation to have a website but today they have no specific plans to foster Facebook or Twitter activities, citing other pressing priorities and no apparent demands from their 2,800 member households. “We have limited staff resources and capabilities for this,” she noted, “but we are gearing up ultimately to recognize social media as one communications opportunity,” she told us. She did emphasize that “a number of staff members do use Face Book [sic]… to communicate with specific constituents but it is not used Temple-wide.”

Facebook reports that 89% of 1.3 million U.S. nonprofit organizations boast a social networking presence, offering opportunities potentially for fundraising. However, fundraising on Facebook is still a “minority effort,” despite recent gains.

The authors of the study recognize that the Jewish nonprofits that have succeeded the most in social media marketing have been those that have participated in social fundraisers with third parties, such as mega-retailers or major foundations. Many organizations that find themselves competing in these online social fundraisers have allocated staff time or in some cases hired dedicated part-time staff to manage these initiatives (if they win there is a good return on investment).

The Jewish Education Project and JESNA’s Lippman Kanfer Institute (in partnership with UJA Federation of New York) have launched the Jewish Futures Competition, which will dole out $1,800 prizes for Jewish nonprofits to advance their social media identities. As more synagogues and Jewish nonprofits become more focused on bolstering their social media exposure (moving from building their fan base on a Facebook page to increasing their brand amplification through likes, comments and shares), they will integrate their email marketing (Constant Contact, MailChimp, etc.) and online fundraising (Razoo, CauseCast, DonorPages, etc.) into their social networking.

Evans and Lapin’s study demonstrates that nonprofits do understand the value in using social networks for fundraising. “According to this year’s Nonprofit Social Network Benchmark Report, four out of five nonprofit organizations find social networks a ‘valuable’ fundraising option.” However, these same nonprofits aren’t able to quantify why that is. It is important to remember that social media is still in its infancy. As it grows (and its exponential growth doesn’t seem to be slowing down any time soon), more synagogues and nonprofits will get on board by allocating the necessary resources to its success.

As they say, the “proof is in the pudding” and the ROI will be noticeable for the synagogues and Jewish nonprofits who dedicate the necessary time and resources to building their brand/mission exposure through social media. Change is never easy and the nonprofit world is more risk averse when it comes to technological innovation. At least the conversations about social media integration are taking place in the Jewish nonprofit world, and the studies are showing that a realization exists that this is a necessary form of communication, marketing and fundraising in the 21st century.