Skip to the content
My friend and co-blogger for The Jewish Week, Julie Wiener, writes about Ben Stiller’s opening monologue on Saturday Night Live this past week. Julie’s “In the Mix” blog focuses on issues facing the intermarried. 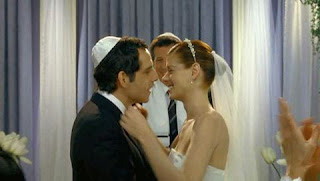 I also tuned in to Saturday Night Live following a 25-hour fast and then watching my Detroit Tigers lose in their first game of the ALCS to the Texas Rangers. I thought it was funny that Ben Stiller opened his monologue with a Yom Kippur reference and stated that “My father’s Jewish, my mother’s Irish-Catholic, which means according to the Torah I’m not actually Jewish, but according to all mirrors I am.”

Julie used Ben Stiller’s line to argue that not all Jews would interpret the Torah as saying that he’s not Jewish. She’s correct that Reform, Reconstructionist, and — based on a recent survey — many Conservative Jews believe that one parent is enough for Jewish status. However, Ben Stiller’s mother, Anne Meara, actually converted to Judaism before giving birth to Ben. That means that Ben would be considered fully Jewish.

According to Anne Meara’s Wikipedia entry, “Meara was raised Catholic in an Irish American family, and converted to Reform Judaism six years after marrying Stiller. She has long stressed that she did not convert at Stiller’s request… She took the conversion seriously and studied the faith in such depth that her Jewish-born husband quipped, ‘Being married to Anne has made me more Jewish.'”

True, there will be many who say that Meara’s conversion was in the Reform tradition and might not have included immersion in a mikvah (ritual bath). It is, however, possible that it did include immersion and should be regarded as a kosher conversion. That would mean that Ben Stiller is not a patrilineal Jew as Julie Wiener maintains. 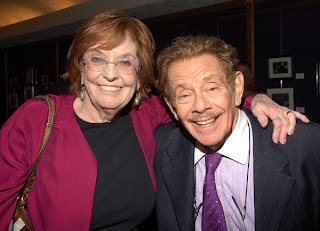 What is most interesting is that while Stiller (who is married to the non-Jewish Christine Taylor) should regard himself as a full member of the Jewish people because of his mother’s conversion before his birth, he used his mother’s former faith for laughs. And that is something that Anne Meara did for years in her comedy routine with Jerry Stiller.