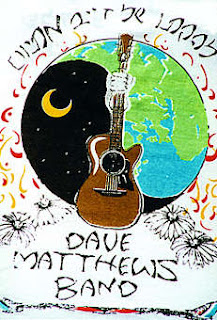 No, Dave Matthews isn’t really going to play a Yom Kippur gig in Chicago, but two Dave Matthews Band concerts at Wrigley Field during Shabbat and Yom Kippur this Fall have been approved. According to the JTA, the music from the concert won’t be heard in the three nearby synagogues (Reform, Conservative, and Modern Orthodox), but there will be parking problems.

The Chicago Sun Times reports that it hasn’t been confirmed that the concert is The Dave Matthews Band, and that it could also be either Phish or Paul McCartney. The Cubs are considering providing a parking lot and shuttle buses for worshipers to get to the synagogues.

Because the September 17 concert coincides with Kol Nidre, the start of Yom Kippur, the Cubs have reached out to all three synagogues in the area: Anshe Emet (Conservative), Anshe Sholom (Modern Orthodox), and Temple Sholom (Reform).

The Sun Times quoted Mike Lufrano, Cubs senior vice-president of community affairs, who by the way is Jewish and plans to miss his first Wrigley concert to be in shul. He said, “It’s really parking that they’re most concerned about. You won’t hear it because they’re far enough away. But, it’s fans coming to hear the concert at the same time people are going to worship.” Rabbi Michael Siegel of the Conservative synagogue Anshe Emet reportedly sent a letter to the City Council’s License Committee endorsing the concerts.