Music Rooms reports that the actress Isla Fisher (“Wedding Crashers”), the wife of comedian Sacha Baron Cohen, joked that after converting to Judaism she now wants to become a rabbi. 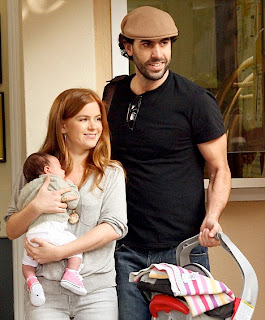 Isla became engaged to the comedian in 2004, and studied for three years before completing her conversion in early 2007. The 35-year-old star took on the Hebrew name Ayala, the Hebrew word for Doe. Isla has joked she is so enamoured with the religion that she’s thinking of becoming a rabbi.

“You study, then have a test. In fact, I’m thinking of becoming a mohel. [Pause] If you knew what a mohel was, you’d laugh. It’s a rabbi who circumcises boys,” she told the April edition of Elle.

Perhaps before becoming a rabbi, Fisher should watch this video, made by YouTube user CFIDSgurl using xtranormal.