There have been many changes in the top leadership of the Conservative Movement recently. First was the commencement of the Arnie Eisen era at the Jewish Theological Seminary. With the beginning of Arnie Eisen’s chancellorship also came the change in leadership at the Seminary’s rabbinical school with Rabbi Daniel Nevins as the new dean. Second, came the change in leadership at the Rabbinical Assembly with Rabbi Julie Schoenfeld taking the RA’s top job. 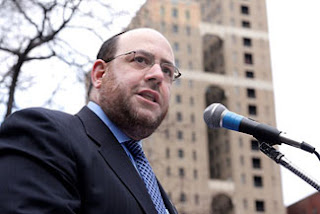 Yesterday marked the confirmation of Rabbi Steven Wernick (right) as the CEO and executive vice president of the United Synagogue of Conservative Judaism, the arm of the movement representing the congregations.

It seems as though all the players who have the potential to put the Conservative Movement on the right course have taken the field. It will be interesting to see what the future will bring.

One group, Hayom: Coalition for the Transformation of Conservative Judaism, is made up of the rabbis and board presidents of the largest congregations in the country (here’s a link to the list of group members which has recently opened up membership to the leaders of congregations of all sizes). The second group, calling itself “Bonim” is a grassroots coalition of fed-up lay-leaders from approximately forty congregations threatening to leave the Conservative Movement. Both of these groups have made headlines with their allegations toward the United Synagogue of Conservative Judaism. Essentially, they have formalized the complaints from member congregations that have been informally articulated over the years. Add to this the Canadian congregations that have left the Conservative Movement to form a new organization in response to the decision to admit gays and lesbians into the rabbinical and cantorial schools at the movement’s seminaries

But, perhaps what has produced the most headlines about the Conservative Movement in recent weeks was an interview with Rabbi Norman Lamm (left), Yeshiva University luminary and a modern Orthodox scholar.

In the interview with the Jerusalem Post which took place in Israel, Lamm prophesied that the time has come to say “Kaddish” for Conservative Judaism. He included Reform Judaism as well in his premature obituary. “With a heavy heart we will soon say kaddish on the Reform and Conservative Movements,” said Lamm, head of the Rabbi Isaac Elchanan Theological Seminary at Yeshiva University. He went on to add that the “Conservatives are in a mood of despondency and pessimism. They are closing schools and in general shrinking.” 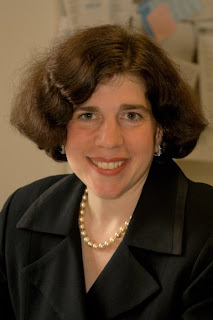 Lamm’s pronouncement prompted many responses from Conservative Movement leaders. All criticized Lamm for his inappropriate comments and most found aspects of Conservative Judaism to be proud of. Rabbinical Assembly executive vice president Rabbi Julie Schoenfeld (right) penned an articulate response in which she underscored the authenticity of Conservative Judaism and mentioned some of the recent changes she has already implemented in her new position. [I can personally vouge for her hard work and initial success by way of example. Rabbi Schoenfeld has convened a subcommittee, on which I serve, to help improve the technological resources available through the Rabbinical Assembly and in only a couple months, much has been accomplished.] She also remarked that at the recent AIPAC Policy Conference, the majority of the rabbis in attendance were members of the Conservative Movement’s rabbinic group.

Rabbi Julie Schoenfeld also underscored the popularity of the Hekhsher Tzedek initiative. She writes, “many of Rabbi Lamm’s Orthodox constituents who are in agreement with my colleague, Rabbi Morris Allen’s call that we take ethical mitzvot as seriously as ritual ones in the preparation of kosher food. The message we are hearing loud and clear is that the American Jewish community is quite literally hungry to lead lives where the ritual is bound up in the ethical underpinning.”

Rabbi Andrew Sacks of the Masorti Movement, Conservative Judaism’s Israeli branch, fired back writing a response to Rabbi Lamm in the Jerusalem Post in which he took him on point by point. Richard Moline, the director the Conservative Movement’s college outreach program Koach, wrote an op-ed piece for JTA encouraging Conservatives to look in the mirror and shoulder the responsibility rather than blaming the institution. My favorite response was by one Conservative rabbi who questioned which “Kaddish” Rabbi Lamm proposed be said for Conservative Judaism: Full Kaddish, Rabbi’s Kaddish, or a Mourner’s Kaddish? 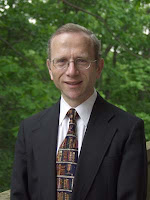 The most scholarly and perhaps the most convincing rebuttal of Rabbi Lamm’s comments came from the preeminent scholar of Modern American Judaism, Prof. Jonathan Sarna (left), who reminded Lamm of the predictions in the 1950s that the demise of Orthodox Judaism was an inevitable reality. In the Forward, Professor Sarna wrote:

Lamm’s triumphalistic prediction has, unsurprisingly, elicited strong and angry responses from Conservative and Reform leaders who consider their movements youthful and vibrant. For a historian, though, the prediction cannot help but call to mind earlier attempts to divine American Judaism’s future.

When Lamm was young, those who followed trends in Jewish life expected to say Kaddish for Orthodox Judaism. A careful study in 1952 found that “only twenty-three percent of the children of the Orthodox intend to remain Orthodox; a full half plan to turn Conservative.” The future of American Jewry back then seemed solidly in the hands of Conservative Jews.

Years earlier, in the late 19th century, Reform Judaism expected to say Kaddish for other kinds of Jews. The great architect of American Reform Judaism, Rabbi Isaac Mayer Wise, titled his prayer book “Minhag Amerika” — the liturgical custom of American Jews — and given the number of synagogues that moved into the Reform camp in his day, his vision did not seem farfetched. Many in the mid-1870s believed, as he did, that the future of American Judaism lay in the hands of the Reformers.

Before then, of course, those with crystal balls expected to say Kaddish for Judaism as a whole in America. One of the nation’s wisest leaders, its then attorney general, William Wirt, predicted in 1818 that within 150 years, Jews would be indistinguishable from the rest of mankind. Former president John Adams likewise looked to the future and thought that Jews would “possibly in time become liberal Unitarian Christians.”

All these predictions made sense in their day. All assumed that the future would extend forward in a straight line from the present. All offered their followers the comforting reassurance that triumph lay just beyond the horizon.

And all proved utterly and wildly wrong. Lamm’s prediction is unlikely to break this depressing streak of failures.

Well, I certainly find Lamm’s suggestion that it is time to say Kaddish for Conservative Judaism to be both inappropriate and narrow-minded. He was looking to be controversial. Before reacting to his comment, it is first necessary to make the distinction between Conservative Judaism (an ideology) and the Conservative Movement (an institutional denomination).

Conservative Judaism is a centrist ideology of Judaism. It promotes an understanding of Judaism that retains the authority of the Torah (tradition) while also remaining open to modern innovation (change). It leaves enough room for its adherents to choose various options with regard to the authorship of the Torah, from divine authorship with revelation at Mt. Sinai to human authorship over time, with several options in between.

Conservative Judaism is a viable ideology of Modern Judaism. It is the centrist position situated between the Reform ideology on the left and Orthodoxy on its right. It is the Conservative Movement that is in trouble. The movement found its heyday in the middle of the last century. It was growing by leaps and bounds with the largest Hebrew schools, high holiday services overflowing into social halls and school gymnasiums, and youth groups with expanding memberships. The movement took this success for granted. At the time, it was the movement that had the congregations that people found to be the perfect balance between the Orthodoxy they were raised in and the liberalism that they desired. With the rise of intermarriage, many flocked to the inviting and more tolerant Reform congregations. Others drank the Kool-Aid at Camp Ramah and moved to the right of the Conservative Movement by embracing a modern Orthodox lifestyle and joining an Orthodox shul.

Yes, there are still programs with the Conservative Movement seal for which movement members should take pride. The Ramah camping program is a clear success, but to be fair so are the Reform movement camps. Jewish summer camping in general is a success story. And I can speak of the local success of the new consolidated Hebrew High School program here in Metro Detroit. ATID (Alliance for Teens in Detroit), a weekly after-school informal Jewish high school program, is a collaborative effort by the Conservative synagogue’s in town. It is a program for which the Conservative Movement should be proud.

The real complaint about the Conservative Movement is not really with the movement. It certainly isn’t with Conservative Judaism as a way of practicing the Jewish faith either. It is with United Synagogue as an organization. And that’s actually a good thing because it is much easier for an organization to change (and I wish Rabbi Wernick the best of luck because it will be an uphill climb). The allegations are that Conservative synagogues have been paying hefty dues to the United Synagogue (headquartered in Manhattan) without seeing much value in return. When the economy was stronger, the congregations paid their dues knowing that if they didn’t they would have trouble getting a rabbi or cantor placed at their congregation and their youth would be barred from attending youth group conventions. Times have changed. Every dollar counts and congregations have begun to withhold these dues until they get more (and better) services in return. I think that’s a valid demand.

Going forward, the Conservative Movement must be less concerned with numbers. It doesn’t much matter how many families have left Conservative synagogues. Many of the families that have left likely shouldn’t have been there in the first place. Movement leaders also should be less concerned with how many synagogues are merging as there were likely too many shuls in the same geographic area before.

So, what should the leaders of the Conservative Movement be concerned about? For starters, they should promote the Conservative Judaism ideology and way of life. That would require a collaborative PR effort among all the arms of the movement including the seminaries, professional organizations, camps, youth groups, Schechter day schools, and the movement’s Israel and overseas branches. The movement (read: United Synagogue) must do a better job of educating its members about its raison d’etre.

United Synagogue also has to do a better job of operating with less. That means taking the Reform Movement’s lead and getting rid of the regional offices. (Note: this has already begun with plans to merge several USCJ regions). I would also recommend finding some less expensive office space, which might entail moving out of Manhattan.

Finally, I would recommend encouraging collaboration among member congregations. Use the ATID model if you’d like. It is what happens when a few Conservative congregations that spent decades competing with each other were able to come together collaboratively for the sake of their teenage populations and Jewish education. USCJ should urge and facilitate the merger of two struggling Conservative congregations in the same area. If handled correctly, it will benefit both parties. The movement should also merge its Israel trips for high school youth. It is redundant to send teens to Israel through both United Synagogue Youth and Camp Ramah.

Does the Conservative Movement need to look in the mirror more? Probably. It’s a good practice for all of us. But more than anything, movement leaders should stop caring what old, retired Orthodox university scholars are saying and begin moving forward into the future together with pride. Time is of the essence.