Admittedly, the title of this blog post might seem odd and perhaps you’re wondering how I’m going to tie all of these things together. However, this is what has been circling in my head over the past couple days. Allow me to explain.

The other night during a rain delay in the ninth inning of a Detroit Tigers-Cleveland Indians baseball game, I watched a half-hour tribute to Al Kaline. I had the pleasure of meeting this living legend a month ago at a local charity golf outing. Kaline, known throughout Detroit as “Mr. Tiger,” is more than a Hall-of-Famer. He’s a legend and is regarded for his generosity as well as his dedication to the Detroit Tigers’ franchise. He began his baseball career with the Tigers’ ball club on June 25, 1953 as a highly sought after 18-year-old outfielder from Baltimore who bypassed the minor leagues. Fifty-seven years later, Mr. Tiger is still with the organization, working in the front office as a special assistant to the president. He’s never left the team. Now that’s dedication! 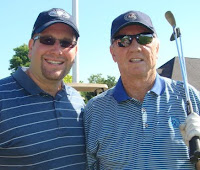 I grew up watching Tiger baseball games on television with Al Kaline doing the color commentary to complement George Kell’s play-by-play so I felt nostalgic watching this tribute to him. But what I couldn’t get out of my head — and maybe it was because the Tigers were playing the Cleveland Indians at the time — was Kaline’s long-standing devotion to his team as contrasted to the way LeBron James handled his departure from the Cavaliers only a week prior.

The LeBron controversy continues. Aside from Miami Heat fans, LeBron James has very few fans left. The way he arranged for a one-hour ESPN special to announce his decision to leave Cleveland and sign with the Miami Heat as a free agent has soured his image. It has also led to a more accurate portrayal of LeBron’s on-court and off-court personality. The allegations that he devised a plan a couple years ago for his friends and fellow 2003 draftees Chris Bosh and Dwayne Wade to all be on the Miami Heat for the 2010-11 season only highlights his lack of devotion to his former team. In his open letter to the fans, Cavaliers owner Dan Gilbert accused his star player of tanking it on several occasions (and in the playoffs no less). 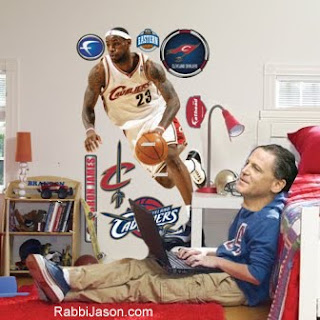 Basketball, like baseball, is a team sport. For LeBron it was always about LeBron and not the team. Dan Gilbert is now free to explain that LeBron was difficult to deal with, maintained special privileges, placed demands on team management and the coaching staff, and didn’t return the owner’s phone calls or text messages. Jesse Jackson took issue with Gilbert’s letter and accused him of thinking of himself as a modern day slave master. Jackson’s accusation is laughable since, in actuality, Gilbert was never in charge; LeBron was always calling the shots. (Although, it is funny that LeBron left Gilbert’s team after seven years, which is the mandatory time after which a slave is allowed to leave according to the Torah proving free agency is actually an old concept!)

Rabbi Shmuley Boteach, writing about the LeBron James decision, looks to New Orleans Saints quarterback Archie Manning as an example of a pro athlete who was so devoted to his team but never won a championship. Perhaps even better than winning a Super Bowl, Boteach opines, was that Manning got to see each of his sons lead his respective team to a championship. Manning didn’t run from the Saints in search of a team that would be a sure bet to win the ring. When it’s a team sport, the team must take precedence. For LeBron, it was never about the team. Coincidentally, Al Kaline and LeBron James were the same age when they were rookies, but Kaline was (and always has been) a mensch – a gentleman who followed authority and worked as a team player to achieve victory. He allowed his teamates to shine. When he talks about the Tigers’ 1968 championship season, he talks about it in terms of the team effort and the team’s accomplishments.

Yesterday I attended a “bris” – a Jewish ritual circumcision. There is no religious ritual act in Judaism that demonstrates more dedication to the Tradition and to the continuity of the people than a bris. This tribal ritual links hundreds of generations together. The Jewish people are a tribe — like a team — and while there has been some objection to the bris or brit milah from within the tribe, the majority of Jews have held firm and continued this practice which began with Abraham, the first Hebrew thousands of years ago.

At the bris yesterday, I heard my colleague Rabbi Aaron Bergman, say something that truly resonated with me. The bris took place on Erev Tisha B’Av, the saddest day on the Jewish calendar, but he said that the timing was perfect because it demonstrates the eternal optimism of the Jewish people. While Tisha B’Av marks the many calamities that took place on that day including the destruction of the Temple in Jerusalem twice, the bris reminds us that the Jewish people have endured. The Babylonians destroyed the first temple, but they are gone. The Romans destroyed the rebuilt temple and they too are no more. The Jewish people, dedicated to the team throughout the generations, has survived. And a baby boy being brought into the covenant of the Jewish people is a sure sign of optimism and continuity.

And this brings us back to the Auschwitz Dancing video that has stirred so much controversy. This video of a Holocaust survivor dancing to Gloria Gaynor’s version of Donna Summer’s song “I Will Survive” is a beautiful expression of Jewish survival. It does not diminish our commemoration or respect for the six million who perished in the Holocaust, but it does remind us that human beings who were marked for death by the Nazis are able to return to those death camps with their grandchildren and proclaim their triumph.