This Shabbat, we read the final Torah portion from the book of Numbers, Parashat Masei. This section of the Torah begins with an extensive list of the places our ancestors traveled through on their way to the Promised Land. It details their stops and encampments as they walked through the desert wilderness eager to arrive in Canaan.

It’s appropriate that we read this section of the Torah during the summer as thousands of Jewish children and teens are experiencing their own journeys at summer camp. For so many Jewish youth, the summer camp they attend is their Promised Land. It is a place of refuge they look forward to each year. 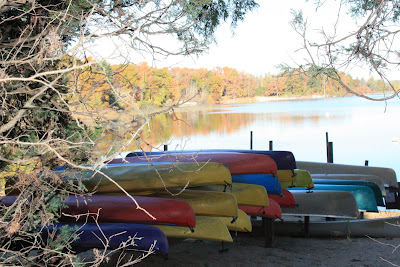 In the Torah, there is precedent for Jewish camping. In Genesis, we learn that our patriarch Jacob must have attended sleep-away camp for it says: “Jacob slept at camp” (v’hu lan balilah hahu bamachaneh) (Gen. 32:22). And in Exodus, when the Lord spoke to Moses face to face, the Torah teaches that Moses returned to the camp (v’shav el hamachaneh) (Ex. 33:11). And then, in the book of Numbers, we are told that all of the Levites go to camp (v’halevi’im yachanu) (Num. 1:53). And finally, in Deuteronomy the Torah even tells us “the Lord your God walks in the midst of your camp” (ki Adonai Eloheicha mithalech b’kerev machaneicha) (Deut. 23:15). So there is clearly a long-standing tradition of Jews and summer camp.

Today, thousands of Jewish children attend summer camps like Camp Hiawatha, Camp Tomahawk, Camp Tamakwa, Camp Tamarack, Camp Al-Gon-Quin, and the like. A comedian once noted the humor of all these Jewish kids going to camps with Indian-sounding names. He surmised that somewhere there are American-Indian children spending their summers at Camp Oy-Vey-Ismier.

The statistics show that the Jewish summer camp experience has tremendous effect on children. A Moment Magazine study suggests “that children who go to Jewish camps come home with a much stronger sense of their Jewish selves. Community based studies across the United States show that Jewish campers consistently marry Jews more often and belong to shuls in greater numbers than non campers. Most Jewish professionals — whether at the pulpit, in the classroom, or in the community-at-large — say they discovered or consolidated their Jewish identity at summer camp.”

Today, our non-profit Jewish camps need our support more than ever. The majority of Jewish camps are non-profits and they simply cannot compete with the lavish facilities and stellar sports programs at the privately owned, profitable camps. We want our children to experience everything our Jewish camps provide, but we also want our children to be comfortable and to have an abundance of resources. It should be a top goal to get our Jewish summer camps up to the same physical quality as the best secular, for-profit camps, offering specialized activities in the arts, sports, and outdoor adventure; and, with a spectacular professional staff that is second-to-none. It should be a top goal for scholarships to be made available to any family who needs assistance in sending their children to camp.

To Jewish educators like me, Jewish camps are the canvas on which we can create future leaders in the Jewish world. Summer camp may only be two months out of the year, but the experience is for a lifetime. No longer can we keep our eyes closed to the importance of Jewish summer camps. For the sake of the future of our Jewish communities, let us strengthen our camps so we can strengthen the Jewish people.