For me, it began a few years ago. That’s when I first heard the words: “Rabbis, you need to have a presence on Facebook if you want to succeed in the 21st century!”

I heard these words at a STAR Foundation (now defunct) retreat for rabbis. STAR’s former director Rabbi Hayim Herring stated unequivocally that in this Internet Age rabbis would be reaching their congregants through social networking and new media applications like Facebook and Twitter, and those who became comfortable using these new communications would be most successful in the future. 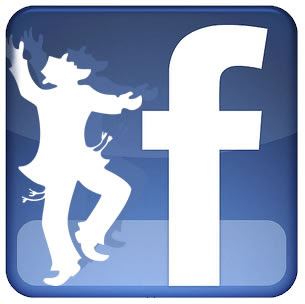 I had already figured this out. I was an early user of Facebook at the University of Michigan where I worked for two years at the campus Hillel following graduation from rabbinical school. There I employed the services of Facebook to post events, connect with unaffiliated Jewish students, and post photos of Birthright Israel trips and other programs. But early on, many rabbis were ambivalent about signing on to Facebook or tweeting their 140-character commentary to the week’s Torah portion.

Gradually an increasing number of rabbis have embraced social networking. Of course, Chabad rabbis (especially those on college campuses) have utilized these applications to promote their programs and to connect to potentials. After all, these social networking sites make the Chabad emissary’s job of keruv (outreach) all the more easier.

How are rabbis taking advantage of technology?

Darim Online has run seminars and webinars for rabbis to teach them how to blog for their congregations. Having served as a virtual panelist for one of Darim’s blogging webinars, I noticed that most rabbis introduced themselves with the words: “I swore I’d never start a blog, but…”

In Los Angeles, the Board of Rabbis decided it was time to teach all the local rabbis how to use Facebook. So, Rabbi Dan Moskovitz of Temple Judea led a workshop for the rabbis titled “The Well Connected Rabbi.” He covered such topics as why Facebook is useful for rabbis and how to determine what is appropriate to post.

Rabbi Josh Heller, a Conservative rabbi in Atlanta has used Google Maps and Google Apps to create an application that plots each of his congregation’s member units on a map by zip code. This has allowed him to create geographically-based chavurot (small social sub-communities) within his congregation.

On Twitter, Rabbi Andy Pepperstone, a Conservative rabbi at Cleveland’s Gross Solomon Schechter Day School, tweets his take on the week’s Torah portion. In October 2009, Rabbi Pepperstone and six other rabbis self-published Twitter Torah, an anthology of their Torah-commenting tweets that were featured on their individual Twitter feeds. The effort was cross denominational and included both Orthodox and non-Orthodox Rabbis.

Rabbi Brad Artson of the American Jewish University has been podcasting his lectures and Torah commentary for years. Rabbis, from college campuses to large congregations, have realized that for some members it’s best to let them download the rabbi’s words of wisdom to their iPod so they can listen on the drive to work, on their flight, or on the walk across campus.

YouTube lectures, distance learning courses and webinars have all found their way onto synagogue websites where rabbis have broadened their reach.

At this week’s Rabbinical Assembly Convention in Manhattan, selections of the Conservative rabbi gathering were streamed across the Internet to guarantee more participation, including the ability for members of the assembly to virtually vote on resolutions. I asked Rabbi Ashira Konisburg, the Rabbinical Assembly’s technology guru some questions about the RA’s decision to go hi-tech this year.


Who’s idea was it to video stream the convention this year?

I think this idea came as a concept from Rabbi Julie Schonfeld (RA Executive Vice President) and I’ve been working on the development and implementation. We wanted to have a way for colleagues to take part in convention even if they can’t make it here in person.


How will the online voting work (technically speaking)?

We used webex which has a polls feature. Colleagues were able to vote and submit comments by email. It also had video hookup and many other features that we didn’t need for this event.


How many members does the RA Administration expect will attend the convention virtually?

We don’t know as it is still experimental. So far our experience is that there are between 20-40 people who watch it live (which is quite impressive considering the lack of advance notice). But the archives have between 100-250 views per video and they have only been up for a couple of days.


Have there been any technological problems in doing this?

Mostly just the quirks that come from doing things from the first time. The first session did not get recorded from the beginning, but was broadcast properly. There are of course things we would do differently next time, now that we have experience with this.


Was there any concern that more members will not attend future conventions in person now that they know then can attend virtually?

We discussed this at length, and decided that this time we’d experiment with this and see what the reaction would be. We have gotten lots of positive feedback so far. (from Israel, England, and far flung places in America) We hope that we enable colleagues to feel a part of what is going on here in New York even if they can’t make it, and that this will encourage them to come next year if they can make it. After convention we will evaluate and determine how to move forward. Also there are some parts of convention (collegiality,  networking, and some professional development seminars) that you just need to be at convention to experience more fully. I should say that there are lots of other ways that we are using technology including a Flickr stream, facebook updates, and sessions for participants (basic and advanced) on web resources, IT, social networking, etc.

Perhaps your rabbi still isn’t on Facebook or using Twitter, but rest assured this will change. While many rabbis were reluctant at first, there’s no question that for rabbis to be in touch and to be able to share wisdom in the marketplace of ideas, social media is a necessity in the 21st century.