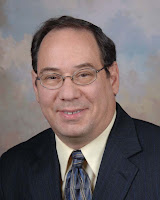 During my first year of rabbinical school at the Jewish Theological Seminary, my Talmud teacher, Rabbi Avram Israel Reisner (right), came to me for some consultation. He knew I was tech savvy and interested in the Internet. It was 1998 and, as a member of the Rabbinical Assembly’s Committee on Jewish Law and Standards (“the Law Committee”), he was working on a teshuvah (Jewish legal opinion) about whether it was permissible to convene a minyan (prayer quorum) in the virtual world. Specifically, could one recite the Mourner’s Kaddish while taking part in a minyan that was convened virtually, over the Internet or through video-conferencing?

I was very much interested in discussing the issues surrounding a virtual minyan with Rabbi Reisner — both the halakhic ramifications and the technological issues. A year prior, as a college senior, I had written about the globalization of Judaism as a result of the Internet Age, and this was no doubt one way in which the concept of “community” in Jewish life would change as a result of innovations in technology and broadband communications.

Rabbi Reisner’s teshuva “Wired to the Kadosh Baruch Hu,” in which he concluded that “a minyan may not be constituted over the Internet, an audio- or video-conference, or any other medium of long distance communication,” passed by a majority vote in March 2001. All teshuvot of the Conservative Movement’s Law Committee are only considered recommendations, and thus I’m certain there are some who are reciting Kaddish for loved ones in virtual minyanim.

In fact, my teacher Rabbi Hayim Herring (left), wrote an article in The New York Jewish Week detailing the story of a “rogue media minyan.” His article titled “Challenges Of An Open-Source Age,” could have just as easily been called “Davening in the Digial Age.” Much has changed since everyone got high-speed Intenet connections at home and work, text messaging and e-mail on our phones are as common as sneezing, and video conferencing with friends in other continents is no longer challenging. Hayim writes:

About three years ago I received a call from a stranger who had a heartfelt dilemma. He wanted my opinion about whether digital davening with a minyan would fulfill his obligation to say Kaddish for a parent who had just died. He was concerned that saying Kaddish at his synagogue every day was not feasible and wanted to dedicate some days to gather a minyan via the Web. If so, should he ask his synagogue for help to sponsor a digital minyan? I vaguely recall making a comment about the idea being worth exploring and referred him to his congregational rabbi.

So much has changed since that telephone call, and today’s open-source environment, where information is increasingly open, available and less controlled, has led to a big leadership dilemma. Let’s imagine how this digital davening dilemma might play out today. The rabbi who gets the call may be empathetic but may discourage the idea, explaining the high value of being together in a community. A week later, the ritual director, quite concerned, asks the rabbi if he has heard about “the rogue media minyan.” The rabbi is surprised to learn that after the congregant called him, he contacted 50 friends (Facebook, Twitter, texting — pick your social media method), inviting them to be a part of digital davening group, so that he can say kaddish a few days a week. Some of the congregant’s friends are members of the same congregation; others are from across the country. He is quickly able to form a minyan. He and his friends use an electronic platform which enables them to webcast the service so that everyone can see and hear one another.

The synagogue community is divided over their value, but these media minyanim continue to grow. This illustration is about rabbis and synagogues, but you can imagine how it can be rewritten for any Jewish setting.

There really is so much potential for spreading Jewish education across the globe using the Internet. Esther Kustanowitz is helping promote the JewishTVNetwork.com’s live Kol Nidre service. It will be broadcast online this Yom Kippur for the many Jews who are unable to get to a synagogue (or due to the economy they can’t afford membership). By joining this Kol Nidre service online, through JewishTVNetwork.com, they engage in their Jewish identity and connect to the Jewish calendar in a way that is accessible, affordable, non-alienating and convenient. The service is broadcast from Nashuva in Los Angeles, and is led by Rabbi Naomi Levy. The service will be accessible (and you can view last year’s recorded service) at JewishTVNetwork.com/highHolidays. There is actually a live band for Kol Nidre.

In addition to serving those Jews who are home-bound or cannot afford High Holy Day tickets, it is also a valuable resource for those Jews who are merely interested in seeing a different type of service. Maybe they would never attend a synagogue in which a live band played Kol Nidrei, but they might like to watch it for the experience.

Judaism is a several thousand-years-old religion and culture that has evolved over time. In this multimedia, high-speed communication, open-source age we are now living in, we must allow Judaism to adapt to these times by embracing new modes of communication and new concepts of community. Open-source Judaism will bolster the global Jewish community through shared ideas, collaboration, and best practices. Additionally, it will no doubt alter the long-held notions we’ve had about what constitutes such things as a minyan. Just as the Jewish people have figured out ways to strike a healthy balance between the Tradition and the innovations of modernity in the past generations, so too our generation will strike the right balance today.