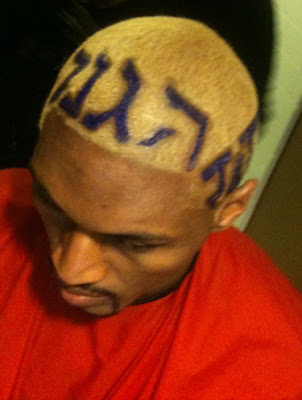 Over the weekend, Artest used Twitter to ask his fans if he got the translations correct. In fact, on his translation page which he uploaded on his Twitpic account, Artest used the Hebrew word “hahagana” for “Defense.” That word actually means “The Defense” and is used in the name of Israel’s army: “Tzva Hahagana L’Yisrael” (The Israel Defense Forces or IDF). Apparently, someone out there told Artest to drop the “The” or the Hebrew “Ha” and just go with “haganah.” Presumably, Jordan Farmar, the LA Lakers’ Jewish player, gave Artest some assistance on the correct Hebrew spelling. But if he wasn’t able to, maybe Artest reached out the only Israeli in the league, Omri Casspi of the Sacramento Kings.

Although, come to think of it, maybe it would have been more appropriate to have “HaHa” included on his head’s message board. 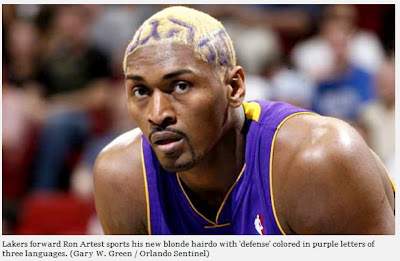