Skip to the content
Sometimes newspaper editors have to admit they got it wrong — or that their words were not clear enough and led to misunderstanding. Such was the case when Andrew Silow Carroll (editor-in-chief of the New Jersey Jewish News) wrote about Ruth Messinger’s speech to graduates of the Jewish Theological Seminary this past May. 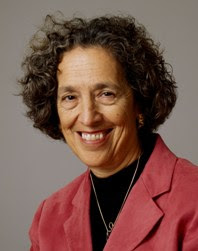 Messinger (right) is the president of the American Jewish World Service and delivered an amazing commencement address at JTS, which is available as an audio file on the JTSA.org website. I first met Ruth Messinger during my final year of rabbinical studies at JTS when I invited her to speak to my fellow rabbinical students as part of a program I created called “Visions of the Jewish Future.” As president of the rabbinical school’s student organization I thought it would be beneficial to hear from some visionaries in the American Jewish community from outside of the Seminary’s gates.

Silow-Carroll wrote about Messinger’s speech in his paper, but Messinger wasn’t thrilled with the way he characterized it. His column was mostly complimentary, but he suggested that she had gone too far in favoring non-Jewish causes over challenges closer to home.

Upon reading the column, Messinger was hurt and requested a face-to-face meeting with Silow-Carroll in which she explained the many Jewish projects at AJWS and touted the new Web resource On1Foot.org, an on-line compendium of rabbinic and contemporary texts on social justice. In my opinion, she really didn’t need to defend the work of her organization in this way. She should have merely mentioned the humanitarian work AJWS provides to the developing world and explained to Silow-Carroll that this is a very Jewish act. 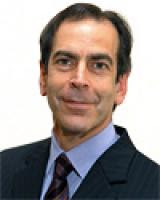 In a follow-up column Silow-Carroll (left) acknowledged that he “hadn’t been aware of the Jewish learning that infused AJWS and should have asked. I also remembered that the Jewish world is big enough and rich enough to work on many levels, in many circles, in service of the local and the global. Those who would narrow the Jewish mission risk losing non-Jewish allies, young Jews interested in this kind of work, and the opportunity to live Jewish responsibility to its fullest.”

At the end of his column, Silow-Carroll explains that his meeting with Ruth Messinger prompted him to deliver a d’var Torah at his newspaper’s board meeting (something that hadn’t been done in a long time). He found a good d’var Torah at On1Foot.org.