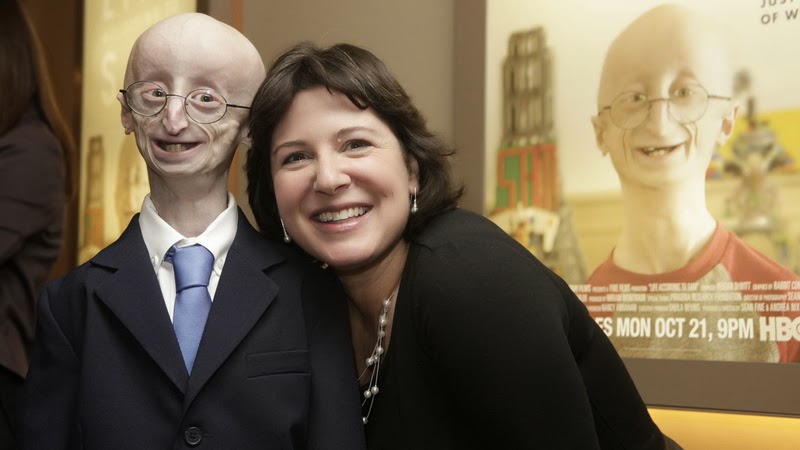 It was impressive how Sam’s mother Leslie spearheaded a clinical trial of a drug that had the potential to cure these boys and girls with Progeria by continuously trying to get her paper published. With her sister Audrey Gordon, Leslie and Scott started the Progeria Research Foundation, which has helped many young people from several different countries who are plagued by Progeria. The film shows how Sam lived life to the fullest, umpiring little league baseball games, playing drums in his high school marching band, and winning all sorts of academic achievement awards. He even became friends with New England Patriots owner Robert Kraft.

On the Dave Matthews Band website is a tribute to Sam Berns:

We are so sad to report that our good friend, Sam Berns, passed away on Friday, January 10, 2014. We thank Sam and his family for the profound impact he made upon our lives. His short and brave life will never be forgotten. Our hearts go out to Sam’s family during this sad time.
Sam’s family started the Progeria Research Foundation, which is doing groundbreaking research and will hopefully put an end to this terrible disease. A movie, “Life According to Sam” premiered on HBO in October.

If you haven’t seen the HBO documentary “Life According to Sam,” I highly recommend it and have the tissues handy because it’s a tearjerker. Here’s Sam Bern’s inspiring TEDx Mid-Atlantic Talk about living a happy life.