Skip to the content
The buzz surrounding the anomaly on the Jewish calendar this year when the first day of Hanukkah coincides with Thanksgiving is an oddity. As I told Sue Selasky of the Detroit Free Press when she interviewed me about Thanksgivukkah, I explained that the hype surrounding this day is palpable. It is truly a statistical oddity as it won’t coincide again until 75,000 years from now, according to Santa Fe, New Mexico physicist Jonathan Mizrahi’s calculations.

The last time the first full day of Hanukkah fell on Thanksgiving was in 1888, just weeks after the presidential election that pitted Grover Cleveland of New York, the incumbent president and a Democrat, against the Republican nominee Benjamin Harrison. As I explained to Sue during her research for the article in the Free Press, since Hanukkah is an eight day celebration, there have been years since when some nights have overlapped with Thanksgiving. Thanksgiving and Hanukkah won’t coincide again until 2070 and then again in 2165 when the first night of Hanukkah will fall on Thanksgiving.

END_OF_DOCUMENT_TOKEN_TO_BE_REPLACED
One of the greatest gifts in the Jewish community in the 21st century has undoubtedly been the addition of the PJ Library. Started by Harold Grinspoon’s philanthropic foundation, the PJ Library now sends over 100,000 free books to Jewish families each month through the generosity of local Jewish philanthropists. As I wrote about last June on this blog, the PJ Library’s 3 millionth book was given to the daughter of a good friend of mine in Livingston, New Jersey.My three children have amassed an entire bookshelf worth of complimentary PJ Library books over the years. These books have covered all of the Jewish holidays, Shabbat, Israel, Jewish history and Jewish ethics. My family is grateful for the wonderful gift of literature that has made the PJ Library such a meaningful endeavor. But as great as the PJ Library is, the books are really more suitable for children up to a certain age. After a child reaches age 9 or 10 there are few offerings for the pre-teen crowd (although the PJ Library is beginning to add these more advanced books to its monthly offerings). 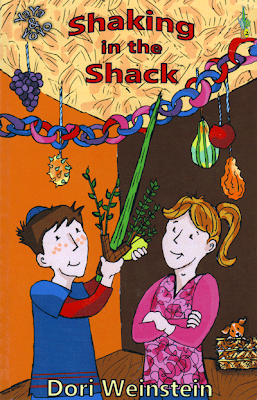 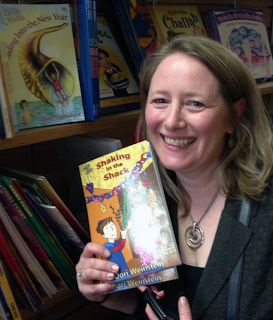 Here is my “5 Things You Should Know About Yom Kippur” article, originally published in the AOL/HuffingtonPost Patch.com in 2011:

Here are five things you should know about Yom Kippur, the Jewish Day of Atonement holiday that begins on Friday evening and concludes 25 hours later on Saturday night.

Calendar
Yom Kippur is the most solemn and holiest day on the Jewish calendar. It is also known as the “Sabbath of Sabbaths” because of its magnitude. In fact, it is such an important holiday that it can even occur on the Jewish Sabbath (as it does this year), making it the only time that fasting is allowed on the Sabbath. This Day of Atonement occurs on the tenth day of the first month of the Jewish calendar, rounding out the Days of Awe from Rosh Hashanah. Due to its popularity, you’ll notice local synagogue parking lots at full capacity on Yom Kippur, although many observant members of the Jewish faith do not drive on this day and therefore walk to and from the synagogue instead. Several school districts do not hold classes on Yom Kippur, but this year’s occurrence on a Saturday does not make that necessary.

END_OF_DOCUMENT_TOKEN_TO_BE_REPLACED
Here is my “5 Things You Should Know About Rosh Hashanah” article, originally published in the AOL/HuffingtonPost Patch.com in 2011:

The Jewish New Year celebration, Rosh Hashanah (Hebrew, meaning “the head of the year”) begins this week on Wednesday evening and lasts until Friday. Here are five things that everyone should know about the holiday.

Popularity
On the Jewish calendar, this holiday is one of the big ones. Even members of the Jewish faith who aren’t regular synagogue attendees make a point of attending services on Rosh Hashana and Yom Kippur, the Day of Atonement, which occurs 10 days later. You’ll notice local synagogue parking lots are overflowing on these days. For some, Rosh Hashanah services are an opportunity for spiritual renewal and introspection. For others, this is a time to visit with friends and enjoy time with family