Skip to the content
There was undoubtedly more texting in shul this Rosh Hashanah than in past years. In most liberal congregations texting was likely done as discreetly as possible; often with a cellphone hidden low in one’s lap. In some congregations the texting may have been done more overtly outside in the synagogue lobby or perhaps outside the synagogue building. The younger generation is much more cavalier about using cellphones in the service on one of the holiest days on the Jewish calendar. 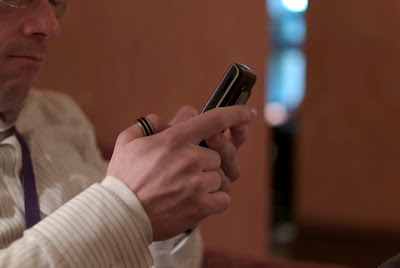