As a Conservative rabbi, a Jewish person raised in the Conservative Movement of Judaism, and one whose theology is well grounded in Conservative Judaism, I had absolutely no interest in the Conservative Movement’s Biennial Convention that took place earlier this month in Philadelphia. What’s more is that I didn’t even hear many people (rabbis included) talking about this convention. At least not locally in Metro Detroit; a city which once boasted some of the largest and most thriving Conservative synagogues in the country. The lack of interest was… well, actually interesting. I couldn’t even tell you one person from Detroit’s Jewish community who flew to Philadelphia for this convention.

Yes, I read a few articles from the national Jewish publications and websites about “The Biennial,” but there wasn’t much coverage of the convention on Twitter compared with the Reform Movement’s convention a couple week’s earlier, which had several times the participants and dozens of tweets each hour.

And now, as if anything could be less interesting than the Conservative Movement’s Biennial Convention, a two-day scholarly conference is taking place in Jerusalem’s Van Leer Institute entitled “Conservative Judaism: Halacha, Culture and Sociology.” This academic conference plans to discuss the burning issues threatening to split the Conservative Movement, such as the ordination of homosexual and lesbian rabbis, the sharp drop in the number of young members and the challenge of intermarriage. Sounds like fun! 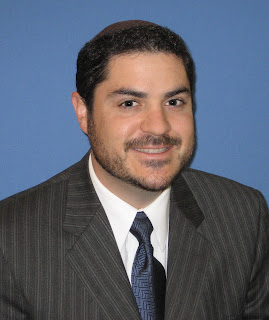 Perhaps, one person who gets it is my colleague Noah Zvi Farkas (right). In a Jewish Week op-ed, Rabbi Farkas lays out his own understanding of what ails the Conservative Movement. Titled “The Re-founding of Conservative Judaism,” he writes:

The other is the recognition that the scholastic trend to study ancient and medieval Jewish texts scientifically, known as Wissenschaft des Judentums, has not yielded a sufficiently sacred orientation for Jewish life.

Jews in my generation, that is, Jews whose great-grandparents or grandparents came to this country looking for the promise of the American dream and needed a connection to what was familiar, are no longer motivated by the same sorts of organizing principles that our ancestors were. For generations Conservative synagogues thrived on the complicity that Jews will, more or less, seek out a synagogue when they move to a town, and that they will join that synagogue and continue to give to that synagogue because that is what Jews simply do.

Exactly! Times have changed. The Jewish community has changed. Conservative leaders have spent decades deciding whether it’s kosher to ride to shul, whether a penis is a requirement for the rabbinate, and whether two men can commit to each other lovingly with the use of two glasses of wine, two gold rings, and an ancient Aramaic document transposed into a modern piece of artwork. While all this was being debated, the centrist Orthodox shuls grabbed the best and brightest in the Conservative Movement who didn’t become rabbis while the Reform outreached to those the Conservatives refused to inreach.

I think Rabbi Farkas hits the mark when he suggests a community organizing approach to re-found Conservative Judaism as a meaningful denomination for the 21st century. It needs a re-branding and an institutional overhaul. But it also needs to cease doing what hasn’t been working. And that includes these conventions and conferences that only prove that there is a growing majority out there who don’t care about these conventions and conferences. Plus, they’ll save a lot of money.