Aside from NBA star LeBron James leaving one Jewish NBA franchise owner in Cleveland (Quicken Loans and Rock Financial chairman Dan Gilbert) and going to work for another Jewish NBA franchise owner in Miami (Israeli-American CEO of Carnival Corporation Micky Arison), there are several Jewish themes and lessons in “The Decision” of which team the free agent would sign with. 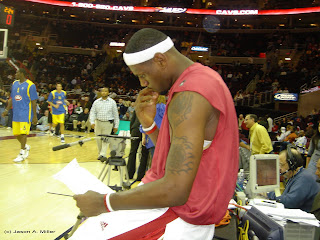 Ne’emanut (Loyalty) – In the last couple of decades there has been very little loyalty among professional athletes. In a bygone era, a city’s fans could expect their star player to stick with the franchise from his rookie season until his retirement when he would be awarded a coaching or front office position. With free agency, loyalty is out the window. High profile athletes in free agency have their agents shop them around to the highest bidding teams. Last night, LeBron James decided he would leave Cleveland sans a championship ring and head down to South Beach, Florida because he wanted to win a championship and figured that the Miami Heat with Dwyane Wade and Chris Bosh would be his best shot. I’m sure building a Shaq-like estate on Biscayne Bay or Millionaire’s Row had something to do with the decision too, not that I have anything against LeBron’s hometown and current city Akron, Ohio.

Anivut (humility) – Realistically, I don’t expect many NBA superstars to be humble — the few guys in the league who are humble are widely praised as anomalies in the sport. These are guys who grew up with very little and became millionaires with their first signed contract. They live glamorous lifestyles, their image is worth millions, and their endorsement deals add millions more to their net worth. However, the way LeBron handled his free agency decision was embarrassing. The hour-long ESPN prime-time special in which he announced he’d leave Cleveland for Miami had LeBron sitting across from Jim Gray, whom he chose as his interviewer, and in the background were rows of children from the Boys and Girls Club sitting silently. I fault his management team and agent for not using better judgment and letting their mega-star client know how badly this would look to the world. 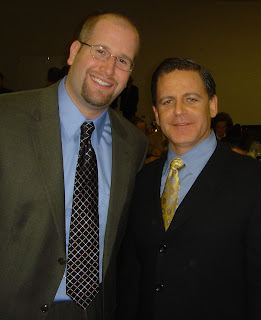 Malachim (Kings) – We know from the Bible that kings are flawed individuals. LeBron had no problem coming out of high school, signing a mega-contract with the Cavaliers, and proclaiming himself “The King.” It was a title he had yet to earn in the NBA, but he made a personal franchise out of it. While other superstars helped their teams win rings, King James would earn no ring in Cleveland. Today, Dan Gilbert (pictured) issued a letter to Cavaliers fans and finally expressed his own long-held opinions about his franchise player. To the Cleveland fans he wrote, “You simply don’t deserve this kind of cowardly betrayal.” He accused LeBron of giving up and tanking it in the playoffs this year (and also in last year’s post-season). Gilbert’s words lead us to believe that like the kings of the Bible, James is a flawed individual. He put himself before his teammates and the fans who supported him and paid for the tickets, souvenirs, and apparel that kept his stock high.

The people of Cleveland have every right to feel betrayed by LeBron. Superstar athletes may come and go, but the way LeBron handled this free agency decision was all wrong and hurtful to his fans (no fans, NBA; no NBA, no multi-million dollar contracts). Perhaps Cavs owner Dan Gilbert said it best and his words that transcend the NBA. I hope all pro athletes will take Gilbert’s words to heart.

He said, “It’s not about him leaving. It’s the disrespect. It’s time for people to hold these athletes accountable for their actions. Is this the way you raise your children? I’ve been holding this all in for a long time.”