Here is my recent post on the “Jewish Techs” blog at the Jewish Week:

Previously on the “Jewish Techs” blog, I discussed the technical halachic (Jewish legal) minutae surrounding the permissability of using the Amigo Shabbat Scooter from the Israeli-based Zomet Institute. The Shabbat Scooter is made by Michigan-based Amigo, founded by Allan Thieme, which began making the Jewish Sabbath-approved scooters six years ago.

But now there’s something even more impressive on the horizon that will further push Jewish legal scholars to determine if its use is acceptable for the Sabbath.

Engineers and futurists are now discussing a sitting vehicle which is driven solely with brain activity. Yes, you read that correctly: brain activity. But can it be used on Shabbat when observant Jews refrain from electricity and traditional forms of transportation. 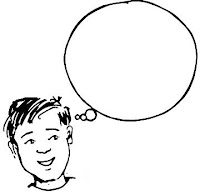 The Jerusalem Post reports, “This intriguing thought was discussed on Thursday by Rabbi Dr. Dror Fixler, an electrooptics engineer at Bar-Ilan University in Ramat Gan, who was one of the speakers at Thursday’s 18th Torah and Science Conference of the Jerusalem College of Technology, Yeshiva University in Israel and BIU… Fixler showed a recently released clip of a ‘proof of concept’ vehicle that has a person inside who merely thinks of how to maneuver it. The vehicle drives itself safely, turning corners, slowing down and giving more gas. While this is ‘not something one should do at home,’ the Autonomos company successfully tested the proof-of-concept car a few months ago, said the BIU engineer.”

So how does this contraption work? A special cap, worn by the operator, contains 16 sensors and trains the car’s computer by examining the human brain’s electromagnetic signals. The operator of the vehicle simply points to the left and the right, which teaches his movements to the computer without speaking. Once the vehicle is trained, it can maneuver itself.

“Fixler said that the issue of the brain thinking and action – which could or could not be approved by rabbis as permissible Shabbat activity – could raise halachic arguments. Even though the person does not take any physical action to manipulate and move the car, just thinking about it could be forbidden on Shabbat… Fixler noted that even without seeing something work such as a remote control it could be argued that the tool was under the user’s control without actually being observed as doing something; it is much more complicated if only the brain is in control.”

But is merely thinking about something an act that could be deemed a violation of the Sabbath laws in Judaism? There are thirty-nine categories of actions that are forbidden on Shabbat, but one has to actually engage in them to be culpable. It is forbidden for a Jewish farmer to plow his field on Saturday afternoon, but it is fine if he just thinks about plowing his field. The question of course is what happens if his thinking about plowing actually instructs his plow to do the work.

There are certainly those who would argue that riding in any moving vehicle on the Sabbath is a violation of Jewish law. However, in the case of the Amigo scooter or this futuristic contraption controlled by thinking the user is most likely going to be a disabled individual. In those cases, most authorities would likely issue a heter (religious exeption to the rule) so that individual could travel to the synagogue to be with the community on the Sabbath.

There are some very impressive scientific and technological inventions on the way that will further cause religious debate. These are innovations that our forebearers could have never predicted generations ago. It will be interesting to see how these rulings take shape and to what extent the halachic decisors try to fully understand the technological advancements and their implications for our community.