There are thousands of Passover Haggadahs that have been published throughout the world. And with the increasing popularity of the Internet, new forms of haggadot are being created each year.

This year’s Passover, which concluded a few short days ago, saw the return of the Facebook Haggadah as well as some attempts at using Twitter to create a Passover Tweder. 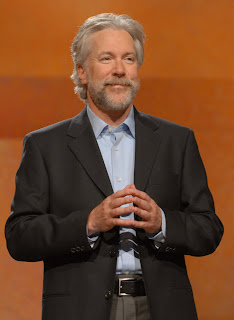 Two innovative thinkers had similar ideas before the holiday to integrate YouTube videos into a Haggadah. Rabbi Irwin Kula, president of Clal, created a “bloggadah” featuring seven YouTube videos including footage of a Bob Marley concert (singing “Exodus” of course!) and a video presentation on the psychology of consumer behavior. Rabbi Leon Morris, director of the Skirball Center for Adult Jewish Learning, worked with various artists who created fourteen short artistic YouTube videos for each section of the Passover seder.

Kula’s “bloggadah” is a great example of integrating pop culture with a Jewish message. Following a video of Richie Havens performing his song “Freedom” at Woodstock in 1969, Rabbi Kula (pictured) poses three questions:

Morris explained his project to Sharon Udasin of The Jewish Week: ““People who have seen the videos — and this includes myself — are bringing to the seder new perspective that they didn’t have before. It will be impossible for me to be eating at a seder this year and eating maror without thinking of Hanan [Harchol]’s film and even voicing a line.” Other artists and filmmakers included in the YouTube Haggadah are Ilana Trachtman (producer of “Praying with Lior”) and Zelda Greenstein.

These Web-based haggadot have already been spread around the globe. I love the use of Web technology to create modern versions of the ancient Haggadah text.