With all the talk of the changing narrative in the intermarriage conversation, the increased acceptance of gays and lesbians in synagogues, and the virtually across-the-board practice of egalitarian prayer in Conservative and Reform congregations, many Orthodox Jews claim that they are the only ones practicing “Torah true” Judaism and refusing to change course on any of these social issues. Of course, even saying Orthodox Judaism is misleading because it encompasses so many different practices and beliefs — from modern, liberal Orthodoxy to the Haredi (ultra-religious sect).

Judaism, like most religions is fluid. It evolves throughout time; the question is how quickly the changes materialize and when. In response to changes in society, the most progressive denominations evolve the quickest because, well, they are the most progressive. Take the issue of women rabbis for instance. The Reform Movement, Judaism’s most liberal branch, minted the first female rabbi in 1972 with the Reconstructionist movement following suit in 1974. The more traditional Conservative movement spent many years debating the change before finally ruling to allow women rabbis in the mid-1980s with my colleague Rabbi Amy Eilberg becoming the first Conservative rabbi to be ordained in 1985.

A quarter century after the Conservatives opened its seminary to women, the more progressive Orthodox Jews in Centrist Orthodoxy are now debating the leadership roles of women in the synagogue. It was only a matter of time. 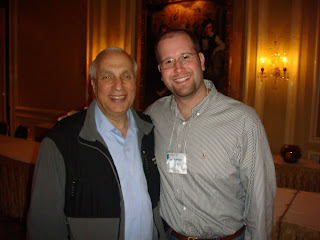 A few Orthodox women have already been ordained in some seminaries with the most well-known case being Rabba Sara Hurwitz, ordained by Rabbi Avi Weiss (pictured) of the Hebrew Institute of Riverdale (New York). While her title was debated, there’s no question that she functions like a rabbi in Weiss’s congregation. And I have no doubt that Weiss will ordain more women in the future.

And Orthodoxy has begun to evolve on the case of gay and lesbian acceptance. Again, the Reform and Reconstructionist movements acted quickly with the Conservative movement taking years to study and debate the issue before opening its seminaries and allowing the movement’s rabbis to officiate at same-sex commitment ceremonies in December 2006.

Recently, 150 Orthodox rabbis issued a statement calling for the acceptance of gays and lesbians in the Orthodox community. The statement said in part that “Embarrassing, harassing or demeaning someone with a homosexual orientation or same-sex attraction is a violation of Torah prohibitions that embody the deepest values of Judaism… Jews with homosexual orientations or same sex-attractions should be welcomed as full members of the synagogue and school community.” At the Orthodox movement’s Yeshiva University in New York, there have been several conferences on GLBT issues. Rabbi Steve Greenberg, an out-of-the-closet gay Orthodox rabbi has helped move Orthodoxy to a place of increased acceptance for gays and lesbians following the success of 2001’s film “Trembling Before G-d,” which explored the struggle of Orthodox Jewish homosexuals.

Many Orthodox Jews will say that the one place there cannot be any leeway is when it comes to davening (prayer). The dignity of the service is compromised when a woman leads, they’ll say. And yet, this seems to be the next big change in Orthodoxy — women prayer leaders. Shira Chadasha in Jerusalem and Darchei Noam prayer group in New York have allowed women to lead certain parts of the service and be called to the Torah for an aliyah honor for years now, but the major news was last Friday evening. Rabbi Avi Weiss allowed a woman at his Orthodox shul in Riverdale to lead the congregation in the Kabbalat Shabbat service. The New York Jewish week reported, “In Rabbi Weiss’ latest effort to push the boundaries of women’s roles in an Orthodox shul, he had a woman, Lamelle Ryman, lead a Friday-night service with both men and women in the pews. Rabba Hurwitz, who heads a seminary for Orthodox women created by Rabbi Weiss, made a few brief remarks, not even touching on the fact that no other Orthodox synagogue in the U.S. had apparently ever before had a woman lead a Kabbalat Shabbat service. But it was Ryman’s show, and according to those in attendance, the davening was beautiful.”

Some in the Orthodox movement are in favor of Weiss pushing the envelope and moving Orthodoxy into the future. Others feel that he’s making changes without any process or input from others. It’s possible that a censure from the Rabbinical Council of America is forthcoming, but Weiss is doing precisely what rabbis have done for generations — moving Judaism forward.

The Judaism of 2010, in any of the denominations, looks different than the Judaism of past centuries. That’s because the times change and the Jewish religion changes too, whether people like it or not.

Orthodox Judaism does not have a monopoly on “Torah true Judaism.” If Judaism is truly going to be true to the Torah, then we must all embrace the Torah’s dictum that says the Torah does not reside in the heavens. It belongs to humanity and it is up to us to see that it remains vibrant and evolves.