As the first decade of the new millennium comes to a close, I thought I would pay tribute to the teachers who have influenced me most during these ten formative years of my life. Like many, I feel nostalgic on New Year’s Eve as another year becomes history, and I feel especially nostalgic as the final hours of this decade pass.

I have learned a great deal from these teachers. Some have taught me in a classroom setting and some have provided valuable insight in a less formal way. Some of these teachers gave me experiential opportunities and others have guided me toward exciting endeavors and encouraged me to think differently. Friedrich Nietzsche said, “One repays a teacher badly if one only remains a pupil.” I hope that in my current and future pursuits in the field of Jewish education and beyond I will be able to repay these influential teachers.

RABBI DANNY NEVINS – Every rabbi needs a rabbi. Danny came to Adat Shalom Synagogue, my hometown congregation, as the young junior rabbi in the summer of 1994 as I was preparing to leave for college. However, he played a pivotal role in my decision to become a rabbi and proved immensely helpful to me in the past decade. Whether for spiritual guidance, to answer a quick question, or to discuss challenging matters of Jewish law, Danny has always been there for me. 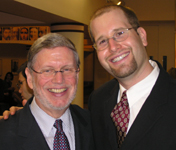 RABBI BILL LEBEAU – During my first year of rabbinical school at the Jewish Theological Seminary, I immediately regarded the school’s dean, Rabbi Lebeau, as a wise sage who was a great listener and always had practical advice. At the conclusion of that year, he announced that he was stepping down as the dean to focus on fundraising for the Seminary. I couldn’t have been more disappointed. However, a couple years later he returned to the deanship and was a guiding light as I completed school and entered “the real world.”

RABBI NEIL GILLMAN – The first time I thought seriously about theology was in the late 1990s as I prepared to apply to rabbinical school and wrote my admission essays about what I believed. One individual, through his writing and his courses, has helped me formulate and make better sense of my theology. Not only did Neil Gillman teach me about theology, he also helped me feel completely comfortable teaching the subject. Whether I’m teaching “Jewish Theology” to adults or teens, I draw on what I learned from his classes.

RABBI DAVID KRAEMER – Talmud study became fun for me the first time I sat in David Kraemer’s class. Now the librarian of JTS, he drew me in to his discussions by telling stories to complement the Talmud text. His deep knowledge of the history of eating in the Jewish tradition and the foundation of the kosher laws has been invaluable to me as I launched my own kosher certification agency.

RABBI BURTON VISOTZKY – It’s been said that to truly understand the world of midrash, one needs a teacher who can unlock the door to this collection of rabbinic literature. For me, the gatekeeper was Burt Visotzky. During my final years of rabbinical school, he encouraged me to explore the text deeper and write my own midrashim. In these exercises I discovered my love of writing and commenting homiletically on the richness of biblical narrative. 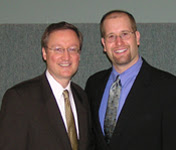 RABBI ALAN SILVERSTEIN – I learned to be a congregational rabbi while living in Caldwell, New Jersey and serving an internship under the tutelage of Rabbi Silverstein. Regarded as one of the most successful congregational rabbis in the Conservative Movement, he gave me countless opportunities to find my voice, teach, and counsel in this amazing community. I will forever be indebted for these opportunities.

MICHAEL BROOKS – While I had planned to serve as a congregational rabbi after being ordained, the best job opportunity presented itself in Michigan at the University of Michigan Hillel Foundation in Ann Arbor. Michael Brooks, the executive director, taught me the ins and outs of working with Jewish college students. My first year at the Hillel was Michael’s 25th as the director and his experience and knowledge was legendary. Leaving important articles on my desk for me to read was a daily occurrence, as was forcing me to think differently on a whole host of subjects. Michael’s perspective and connections were essential in my first “real world” job.

RABBI JOEL ROTH – I joke that Rabbi Roth is my “kosher hotline.” As a Talmud scholar, his courses on Jewish law were captivating. As a kosher expert, he has been a beacon for me as a kosher supervisor. When I was hired by Tamarack Camps to serve as the year-round rabbi and kosher supervisor, I returned to the Seminary for one-on-one training from him and I am certain I couldn’t work in the field of kosher certification without his guidance.

RABBI HAYIM HERRING – Hayim has found a niche as sort of a business coach for rabbis. The fact remains that the “rabbi as corporate executive” training does not exist in the rabbinical schools. Hayim created necessary programs to train rabbis as executives through the STAR Foundation, which ceased operations recently. Hayim has motivated me to focus on the entrepreneurial aspects of my rabbinate. He is a leading thinker when it comes to technology and our conversations have always been inspiring and stimulating. 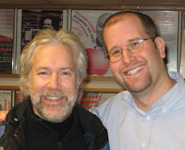 RABBI IRWIN KULA – Irwin is my guru. Every time I read one of his articles, I find myself highlighting each word and shaking my head affirmatively. More than any rabbi today, Irwin gets it. I first worked with him during the first months of this past decade when I served an internship at Clal in New York City. So, it’s only appropriate that I finished this decade in the same office learning at his feet. Irwin, together with Rabbi Brad Hirschfield, has taken the organization that Rabbi Yitz Greenberg founded into several new directions and spread his wisdom wide into the global marketplace of ideas. Along with my colleague Rabbi Rebecca Sirbu, Irwin and Brad created a dynamic fellowship for rabbis called “Rabbis Without Borders.” Participating in this new initiative was nothing less than life-changing. As the borders disappear in the global Jewish community of the 21st century, Irwin has inspired me to think about my rabbinate and my contributions to the Jewish people in new and creative ways. He has energized me to focus on the role of technology and social media in Jewish life, and invigorated me to write more. Our private conversations have been true blessings. Irwin is one of the most charismatic leaders in religion today and I am deeply honored to learn from him.

It has been a wonderful decade for me. One in which I have become a rabbi and a father. One in which I have worked passionately to contribute to society and the Jewish world. I pray that I will continue to be inspired by wonderful teachers in the future, and that I will come to be regarded as an inspirational teacher for others — lighting the sparks for students just as my teachers have lit sparks for me.

I wish everyone a happy and healthy new decade.