United States Representative Dave Camp is a proud Roman Catholic. The Republican congressman represents Michigan’s 4th District in Congress which includes places in Michigan’s “Up North” region that Jews only visit for a few days each year. Aside from the handful of families who live in Traverse City year round, Dave Camp likely doesn’t give much thought to Jewish people.

Dave Camp’s Wikipedia entry boasts his many legislative accomplishments in Congress including taking over from fellow Michigan representative Sander Levin as chair of the House Ways and Means Committee. The last few lines of his Wikipedia entry however make up an odd footnote for a Roman Catholic congressman from Northern Michigan: “Congressman Camp has been criticized for dismissing charges against a staffer of his, Aharon Friedman, as ‘gossip.’ Friedman had been formally charged with contempt of proceedings by the Rabbinical Council of America for refusing to give his wife, Tamar Epstein, a Jewish divorce.”

If it weren’t for Dave Camp’s Orthodox Jewish staff member, he would likely never even know about the Jewish legal concepts of a Jewish bill of divorce (“get“), a recalcitrant husband (“mesorevet get“) or a chained woman (“agunah“). But that is precisely what is occupying a lot of his time right now even though he would rather be focused on other matters, including today’s Republican primary in Michigan.

I first wrote about this case in January 2011, just one day before Dave Camp took over the House Ways and Means Committee from Sandy Levin. The story didn’t get much attention then. However, a full scale social media attack has been waged recently to compel Rep. Dave Camp to force Aharon Friedman to give his ex-wife a get. This will be the first major agunah case in which social media plays a fundamental role. 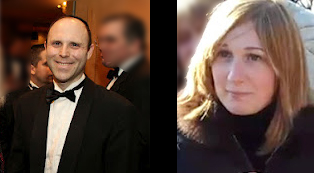 As the barrage of comments were posted on Dave Camp’s official Facebook page urging his cooperation in this agunah case, he quickly ordered his staff to disable public comment posting on the page. An article in Politico yesterday explains why this is a tricky matter for the congressman as religion and politics collide in the public sphere:

Friedman, a tax counsel for Camp who has worked for the Michigan Republican since 2007, must consent to the get in order for his ex-wife, Tamar Epstein, to remarry, have additional children or even for her to wear her hair uncovered as unmarried Orthodox Jewish women are permitted to do. Friedman’s detractors charge that his behavior amounts to “domestic abuse.”

The couple have engaged in a bitter custody battle over their daughter. After the failure of years of quiet efforts in the Jewish community — including a nonbinding request from D.C.’s rabbinical court for Friedman to consent to the get and a national rabbinical court’s “declaration of contempt” against him — Epstein’s supporters have increasingly turned to more public methods, including openly pressuring the congressman to intervene.

The situation is awkward for Camp because it is rare that the personal lives of congressional staffers become political issues for members of Congress. But the influential committee chairman is being dragged into the highly unusual situation now that Friedman’s opponents have decided to thrust it into the public sphere.

A petition calling on Rep. Camp to strongly urge Friedman to comply and grant his ex-wife a get has already been signed by over 1,500 people. It reads, “By refusing to condemn Friedman, in fact, dismissing criticism of Friedman’s behavior as “gossip”, Dave Camp is by default supporting abusive behavior. We aren’t asking Dave Camp to fire Aharon Friedman. All we want is for Camp to require that Friedman stop abusing his wife. It is a pity to be known as the congressman who employs and encourages abuse of women.”

The Organization for the Resolution of Agunot urged concerned activists to post a message on Dave Camp’s Facebook page every day until Passover, but now that the public comment feature has been turned off on the representative’s Facebook page, the protesters will have to use other means. Some Jewish bloggers, including Frum Satire, have used their Web soap boxes to publicize this travesty. Rabbi Shmuel Herzfeld, the rabbi of the Orthodox synagogue Ohev Sholom, first wrote about this story in late 2010 and has made this cause a top priority. He told Politico that he will go further than the online campaign and intends to write a letter of complaint to the House Ethics Committee.

This might be the first example of how social media can help get a recalcitrant husband to end the marital legal war and present his wife with a get, but it likely will not be the last. Prior to the immense growth in popularity of social networking sites, recalcitrant husbands were compelled to give a get through ads in local Jewish newspapers and boycotts of their business. Facebook, Twitter, blogs, and other social media will be the weapon of choice in future agunah cases.

Rep. Dave Camp can bar the public from posting on his Facebook page, but as Rick Santorum can attest there is no way to close off the Web from negative publicity. Dave Camp has to decide now if he wants future Google searches of his name to result in articles about his work in Congress or about his tax counsel’s personal marital conflict. The choice is his.