While everyone is talking about the altered photo with Hillary Clinton in the Haredi newspaper Der Zeitung, there have been other examples of these ultra-Orthodox newspapers editing photographs to suit their purpose. 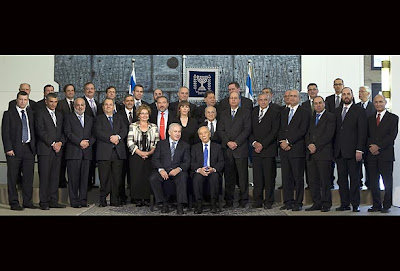 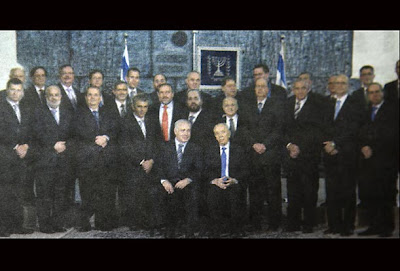 The faces belong to ministers Ariel Atias and Moshe Kachlon, who in the original photograph can be seen toward the periphery of the group (standing, second from left and second from right). As TIME explains, “In Yated Neeman‘s version of the image, they have been cropped out. Much of the newspaper’s readership consists of ultra-Orthodox readers who do not think it proper for women to serve in the government.”