Trivia question: Who accepted the 1985 Emmy Award for Best Supporting Actress in a television drama?

If you answered a 6-foot-4 Jewish insurance salesman from West Bloomfield, Michigan then you’ve obviously heard of Barry Bremen. Barry Bremen, known as “The Great Impostor” died yesterday from esophageal cancer on his 64th birthday. 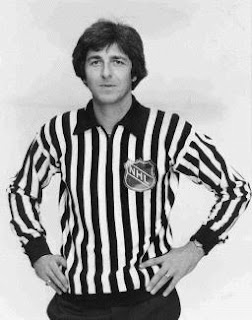 Growing up in Metro Detroit, I watched Barry Bremen’s antics with delight. For native Detroiters like my parents, Barry Bremen was a kid they grew up with in the old neighborhood and saw in the hallways of Mumford High School. But for me, he was a local guy who was willing to get arrested if it meant being in the spotlight and making people laugh. In high school I remember asking Barry’s son Adam, who is my age, what he thinks of his father’s role as “The Great Impostor.” Adam, who uses a wheelchair and is himself an inspiration to so many, replied that his father does this because it makes people smile.

Barry flew out to Pasadena, California for the 1985 Emmy Awards. When Peter Graves announced the Best Supporting Actress award goes to Hill Street Blues actress Betty Thomas, Barry Bremen suddenly stood from his front-row seat and accepted the award on Thomas’ behalf from an obviously confused Peter Graves. Here’s the video of that unique moment in award show history:

Barry Bremen was known as “The Great Impostor.” Some of his stunts included wearing a Kansas City Kings uniform and getting onto the floor during pre-game warmups for the 1979 NBA All-Star game which took place just outside of Detroit at the Pontiac Silverdome. Barry must have liked NBA All-Games because he did it again wearing a Houston Rockets uniform at the 1981 All-Star game in the Richfield (Ohio) Coliseum. What might be most impressive is that on three occasions, he played in the U.S. Open practice rounds. Barry was a great golfer (he had a 7 handicap), but most great golfers still don’t get to play a round of golf with the likes of Jack Nicklaus, Fred Couples and Curtis Strange.

Golf Magazine even reported on Barry’s appearance in a practice round with Fred Couples, Jay Haas and Curtis Strange at the 1985 U.S. Open at the Oakland Hills Country Club in Bloomfield Hills, Michigan.

Scouting the course early in the week, Breman was introduced to Couples, then an up-and-coming pro. “I had a great chuckle with him,” Couples said. “[Bremen] said, ‘Obviously, I can’t tee off with you, but I’ll find you out there.'” A friend of Bremen’s — an Oakland Hills member — smuggled Bremen’s clubs and caddie into the club. Bremen, wearing a disguise and claiming to be a qualifier named Mark Diamond, went in search of Couples, who was playing a practice round with Haas.

Couples remembers: “He comes out of the shrubs on the second hole and hits this tee shot that buzzes the spectators. . . He had this big wig on and a visor and looked a little out of place, but we didn’t care. He just did his deal and had a great time. It didn’t take long for people to scream out, ‘Who is that guy?’ I mean the cat was out of the bag after a couple holes, but we didn’t get in trouble and no one came out to get him.”

Perhaps Barry’s most outrageous impostor moment was in 1980 when he dressed as a Dallas Cowboys cheerleader and managed to shake pom-pons on the sidelines of a Dallas Cowboys game before being escorted in handcuffs out of the stadium by police.

People Magazine ran a feature article about Barry Bremen after the Dallas incident:

His big dream, though, was to pass as a Dallas Cowboys Cheerleader. So starting last September Barry shed 23 pounds, practiced drag routines with his wife, had a replica Cheerleader uniform custom-made, shaved his legs and bankrolled the project with some $1,200 of his own money.

Then he made his move in last month’s Dallas-Washington game. Bursting onto the sidelines in boots, hot pants, falsies and a blond wig, he got out only one cheer (for posterity, it was “Go Dallas!”) before Cowboy security had him hogtied and handcuffed. “Perverted,” team vice-president Joseph A. Bailey dubbed his act, and Bremen says when he called the Cheerleaders’ manager to explain, she could only sputter: “You are not a female.”

Previous targets have laughed off Bremen’s antics, but the Cowboys have smacked him with a $5,000 lawsuit for trespassing and creating a nuisance, and they want him banned from Cowboy games for life. To Bremen, that is very stuffy. “What are they going to do, put ‘Wanted’ posters at every entrance?” he asks. “This is ridiculous. I was just having fun.”

Barry’s prank at the Emmy Awards and posing as a Dallas Cowboys cheerleader were funny, but my favorite Barry Bremen prank came when I was only a few years old. Something odd happened in the 1979 Major League Baseball All-Star Game in Seattle. Future Hall of Famer Reggie Jackson left his New York Yankees uniform back in New York. So, at the beginning of the game he had no choice but to put on a Seattle Mariners uniform. So, while Reggie Jackson — an actual Yankees player — wasn’t wearing a Yankees uniform there was this tall Jewish guy from Detroit on the field who WAS wearing a Yankees uniform.

Barry Bremen, a devout sports fan, made it down to the field (with the help of legendary announcer Dick Schapp and George Brett) and was desperately trying to sneak into the group picture of Baseball All-Stars. And it was a famous picture with such future Hall of Famers as Reggie Jackson (in a Mariners uniform!), Joe Morgan, George Brett, Mike Schmidt, Gaylord Perry, Dave Winfield, Steve Carlton, Nolan Ryan, Carl Yastrzemski, Lou Brock, and Tommy Lasorda. The photo would also include American League manager Bob Lemon, who was already in Cooperstown at that point, as well as Pete Rose who has yet to be admitted to the Hall of Fame because he bet on baseball.

After the event in Dallas, Barry was asked to give his advice to other impostors. He said, “Don’t do it. It’s against the law. Stay away. This is my act.” And in 2005, Barry was asked if he’s retiring from his role as “The Great Imposter” and he replied, “You’ve heard of the Taser gun? You’ve heard of 9/11? They don’t ask questions anymore.”

When the Super Bowl was in Detroit in 2006, Detroit News writer Neil Rubin called Barry Bremen to see what he had planned for the big event. Barry whispered into the phone, “I’ve been in the stadium for four months. I brought enough food and water. I bought the uniform of every team with a chance to go into the playoffs.” Then Bremen, who was 58 at the time, admitted that he was comfortable in his Scottsdale, Arizona winter home playing golf and watching the game on TV.

Several years ago, Barry was featured in a chapter of a book on sports mascots. He autographed his chapter for me and it has become a keepsake that I treasure. Barry could have been just another tall, Jewish guy who raises great kids, is a successful businessman, and has a great golf game. But instead, he was willing to take some risks and do some pretty zany things that others wouldn’t even dream of ever doing. I respect that. A lot. He made us laugh and that was his ultimate goal.

Barry’s wife Margo had a wonderful quote in that People Magazine article back in 1980. She said, Barry is “fulfilling a grand fantasy to be in the limelight. He feels if you have no guts you have no glory in your life.”

May the memories of Barry Bremen be for blessings to his family, friends and fans.