A letter is sent from a college campus midrasha to an Ultra-Orthodox rabbi. The letter writer explains that a young Jewish woman on campus who is a counselor at a midrasha (מרכזת מדרשה) is becoming more devout, but her non-observant parents disapprove. She wants to wear long skirts for modesty reasons, but her parents have forbidden her from doing so. Ynetnews.com reports that the letter continued, “The young woman thought that if she inflicted wounds on her legs she could tell her parents that she is wearing a long skirt to cover the wounds.”

According to ynet news, the letter was sent to Rabbi Yitzchok Zilberstein, the son-in-law of prominent Rabbi Yosef Elyashiv, for his opinion. Shockingly, Rabbi Zilberstein approved of the young woman inflicting wounds on her own legs so she could dress modestly, wearing the long skirts her parents have forbidden.

If this story is authentic, it is quite troubling on many levels. The young woman is in college and should be able to determine what she wears on her own, without her parents’ consent. [The ynet News translation was erroneous. It said that she was a college student, but the Hebrew explains that she was a counselor in a midrasha (מרכזת מדרשה), meaning that she is likely a teenager.] It should never have gotten to the point where she feels compelled to do self-harm in order to wear modest clothes. 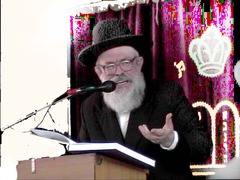 While the commandment to honor ones parents is competing with the young woman’s belief in modest dress, there is precedent in Judaism for disobeying ones parents if it leads to adherence of the law in other cases. But above all else, it is in violation of Jewish law to inflict harm on oneself. Inflicting wounds on oneself is a transgression of Jewish law. It would be religious malpractice if Rabbi Zilberstein actually condoned this practice.

According to the article in ynet news, the rabbi responded to the questioner writing, “She is allowed to inflict wounds on her legs in order to dress modestly and evade sin.”

There is already documented evidence that young women are self inflicting wounds at a high rate. Reports of intentional cutting and self mutilation among teens, especially young women, is shocking. In a November 2008 article in the Huffington Post, Leslie Goldman wrote about the growing epidemic of troubled Jewish teenage girls who are suffering from eating disorders and body image problems that lead to cutting themselves. I would presume Rabbi Zilberstein was not familiar with this crisis when he penned his response.

Ynet reports, “In his reply, the rabbi commended the student’s initiative, saying ‘the blood from the self-inflicted wound will atone for the people of Israel,’ adding that the coordinator should allow the student to commit the act.” The rabbi’s opinion is odd. In fact, it even calls to mind the sacrificial system of a bygone era in Judaism. When I first read Rabbi Zilberstein’s response I couldn’t help but notice that he seems to draw on Christian symbolism.

If there’s truth to this story and Rabbi Zilberstein in fact opined that this young woman in college should continue to inflict wounds on her body so that she’ll have an excuse to dress modestly in the face of her parents’ disapproval, then he owes an explanation for his warped logic. I understand and respect those who feel strongly about modest dress, but there are boundaries. No person in their right mind would grant approval for such a horrible act.