Skip to the content
In biblical times the concept of primogeniture was practiced widely in the Ancient Near East. That is to say, the eldest son would inherit the entire estate to the exclusion of younger siblings. In Jewish law, the eldest son was promised a double portion of the estate (Deuteronomy 20:17). However, in the Book of Genesis we see that this is not the case. Rather, it is the younger brother who, time and again, receives the birthright (albeit through deception) and the promise of succession.

Throughout the Genesis narrative (what my teacher Rabbi Burt Visotzky calls “an ugly little soap opera about a dysfunctional family”) the eldest son appears unsuitable to succeed as leader of the family dynasty and thus the younger son becomes the heir to the clan. With the sons of Adam and Eve, God chooses the younger Abel’s offering instead of the firstborn Cain’s sacrifice. Abraham is the eldest son of Terach, but when he leaves his father’s home, he gives up the birthright to his younger brother Nahor. Abraham’s firstborn son Ishmael is kicked out of the house and the patrimony goes instead to the younger Isaac. Then Isaac’s younger son Jacob receives his father’s birthright and coveted blessing through trickery. The trend continues when Jacob favors his younger son Joseph, the son of his true beloved Rachel. This favoritism of one son leads to horrible events for the family.

The last act of patrilineal ultimogeniture in the Book of Genesis is at the end of the narrative when Jacob blesses his grandsons Manasseh and Ephraim (Joseph’s sons). The grandfather crosses his hands, laying his right hand upon the younger Ephraim and his left on the elder Manasseh, thus granting the birthright to the younger brother.

In this week’s Torah portion, Miketz, we learn more about the interesting character of Joseph who flaunts his “most favored son” status in front of his brothers causing their enmity toward him. Joseph makes his dreams into a reality by lording over his brothers in Egypt when they come looking for food during the famine. While things seem to have worked out well for Joseph, we cannot ignore the series of unfortunate events (including his near death experience of being hurled into a pit by his brothers) that occurred because of ultimogeniture, the emergence of the youngest son as leader. (Technically Benjamin was the youngest son of Jacob, but Joseph was Jacob’s favorite because his beloved Rachel died during the birth of Benjamin.) 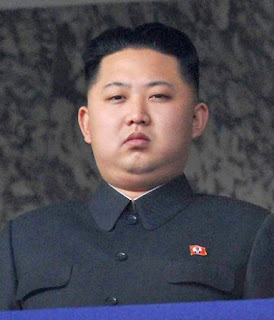 Following the sudden death of North Korea’s “Dear Leader” Kim Jong Il, we are beginning to learn more about his youngest son and the successor to his dynasty. The new leader of North Korea is Kim Jong Il’s third and favorite son Kim Jong Un.

It will be interesting to see how Kim Jong Un’s two older brothers respond to their younger brother’s leadership. I don’t suspect they will throw their brother into a pit or sell him into slavery, but I am certain there exists a fair amount of jealousy following their younger brother’s transition to power. Perhaps the day will come when Kim Jong Un’s brothers come to him in a time of need just as Joseph’s older brothers had to come to him in Egypt during the widespread famine.

The lesson we can learn from the family in Genesis is that leadership succession in a family dynasty will always be wrought with emotion. Primogeniture might have been the way of the world in biblical times, but the younger brothers always emerged as the chosen successor. And so it is in our day. We can only hope that North Korea’s new 28-year-old leader will rule with a level head. Joseph might have been in charge of the stockpile of food during a famine, but this young ruler is charged with North Korea’s nuclear program. Let’s hope his older brothers are able to put aside any animus and envy that exists so that sibling rivalry doesn’t cause a grave situation that could impact us all.