Chicago Mayor Rahm Emanuel will be stumping for his old boss, President Obama, in Iowa this weekend. In an interview with NBC’s Harry Smith, Rahm Emanuel explicitly said he will never run for president and even went so far as to state it in Hebrew. 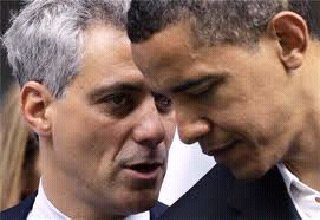