On Christmas Day 2007, I wrote that Mike Huckabee, then a presidential hopeful, liked to eat Chinese food on Christmas like many Jewish people. 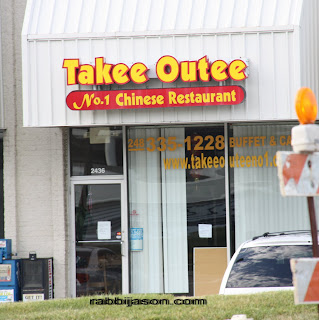 Huckabee explained his family’s Christmas tradition: “…we have an unusual tradition that after the Christmas Eve service we go out and eat Chinese food. Don’t ask me why.”

Jewish people flock to Chinese restaurants on Christmas because they’re the only restaurants open. The oft told joke is that the difference between the Hebrew calendar and the Chinese calendar is about 1,000 years — which means that this was how long Jews had to go without Chinese food.

Now, today we get word from the woman who is likely to be the next Supreme Court justice that she also frequents Chinese restaurants on Christmas.

In Elena Kagan’s Supreme Court confirmation hearings, Senator Lindsey Graham of South Carolina probed Kagan on the threats to the United States, asking her if she was unnerved by the Christmas day bomber. He asked her, “Where were you on Christmas Day?”

To which the Jewish Kagan responded, “Like all Jews, I was probably at a Chinese restaurant.”

Senator Patrick Leahy of Vermont, the Judiciary Committee chairman quipped, “I could almost see this one coming.”

And Senator Chuck Schumer explained to the committee, “Those are the only restaurants that are open!” (Video below)

Perhaps this Christmas Eve at a table in a Washington D.C. Chinese restaurant will sit Supreme Court justices Stephen Breyer, Ruth Bader Ginsberg, and Elana Kagan, just having a nice Chinese dinner like many other Jews around the country.