In his song “Leave Me Praying,” Dave Matthews sings, “And then I will tell my son and my daughters to hold it so dear.” But I don’t think the singer-songwriter is talking about Yom Kippur that the next generation should hold dear. And in Chicago this Yom Kippur, many young Jews will not be singing “Leave Me Praying,” but rather they’ll be telling their parents to “Leave Me Alone” when they choose to go to Wrigley Field instead of Kol Nidrei services for a Dave Matthews Band concert. 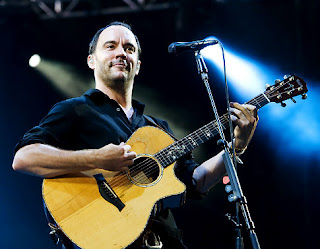 Every so often, a conflict occurs for young people on Yom Kippur that tests their religious convictions and commitment to their heritage. One year when I was working at the University of Michigan Hillel Foundation in Ann Arbor, Yom Kippur fell on a Saturday in which a home football game was scheduled. The attendance in the service I was leading dropped by about 80% an hour before kickoff. College Football 1, Day of Atonement, 0.

Rabbi Taron Tachman probably has his own stories about seeing Jewish college students struggle with Yom Kippur conflicts from when he served as the director of Eastern Michigan Hillel before he began rabbinical school. A Dave Matthews fan, Taron seems pretty upset about DMB’s concert date in Chicago.

On the OY! CHICAGO blog (for Jews in the Loop) Taron posted a column entitled “Dave Matthews vs. Yom Kippur: What Would You Say,” in which he uses Dave Matthews’ song lyrics to express his dismay at the concert date which conflicts with his Yom Kippur obligations. He writes, “Not since Sandy Koufax agonized over whether or not to pitch the World Series, has a choice this big been put before the Jewish people. Yom Kippur 5771: Should a Jew go to synagogue or to the Dave Matthews Band concert at Wrigley Field?”

While I’m a realist and recognize that the stands in Wrigley Field will include many Jewish young people who will skip out on Kol Nidrei services, I’m hopeful that they’ll drag themselves into synagogue the next morning.

I have to also give Rabbi Tachman credit for doing a good job of trying to convince them to choose Yom Kippur over the Dave Matthews concert. He concludes his post as follows:

And yet, after all this, if you are still debating over going to DMB on Kol Nidre or skipping Yom Kippur altogether, consider these important words: I call Heaven and earth to witness you this day that I have set before you life or death, blessing or curse; choose life, therefore that you and your descendant may live! (Ha, ha—how’s that for a guilt trip! Sweet you rock and sweet you roll!)

And finally…as everybody tells you, you pay for what you get and though High Holy Days tickets can sometimes be a bit more expensive than a single Dave Matthews Band concert (but not by much), what you will hopefully get by going to synagogue is a chance to seek up, with a renewed sense of purpose, meaning, inspiration and direction. You will be partaking in a tradition thousands of years old, joining friends, family and community, and at the same time supporting institutions that transform so many lives for the better.

Truly this decision is so right, and the best of what’s around. I mean really, what would you say?

All I can hope for is that young people realize they can go to the next town and catch another Dave Matthews concert, but Yom Kippur only comes once a year. And maybe Dave will play a few chords of Kol Nidrei… you never know!