As a child, one of my favorite songs was a silly song that taught new Hebrew words using English puns (“Etz a nice tree! How do you say ‘tree’ in Hebrew? Etz!). The refrain is “Ivrit, Ivrit, Ivrit Daber Ivrit” (Hebrew, Hebrew, Speak Hebrew). This song was a staple at Family Camp during my youth and now my own children love to sing it too. I’ve taught this song on the bus during trips I’ve led through Israel because it’s a simple way for participants to return home having learned a few dozen Hebrew words. After all, one can’t travel to Israel without learning some Hebrew – the indispensible language of the Jewish people. 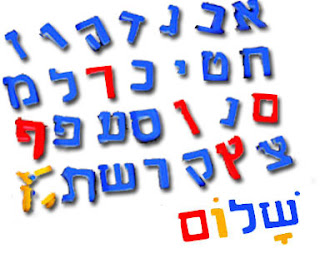 There are many Jews who are not comfortable with the Hebrew language. In this week’s Torah portion, Devarim, we read “On the other side of the Jordan, in the land of Moab, Moses undertook to expound this teaching.” What does this mean? The commentator S’fat Emet wrote, “Moses interpreted the Torah in many languages, so that future generations of Jews in many lands would have access to the Torah in a language and in terms that they could understand.”

I want every Jew to be able to understand the Torah. Likewise, I want every Jew to understand what they are saying during their prayers. I want the vast library of rabbinic legend and lore, the midrash, and the great legal works of the Jewish people to be accessible to the entire global Jewish community. It is for that reason that I embrace the translations of the Torah and the Talmud, the prayer book and Hebrew literature, into so many languages. If an English translation means that one more Jew embraces the beauty and wonder of our sacred liturgy who otherwise would not have been able to because the Hebrew was a barrier, then it is a worthwhile tool.

However, I also believe that Hebrew is the indispensable language of the Jewish people and every Jew should make an effort to learn Hebrew, which is known as l’shon ha-kodesh “the holy language.” Resources exist in our community to learn Hebrew from the most basic level. While it is possible to study the Torah in English, it is no replacement for understanding our sacred Tradition in its original Hebrew.

In The Sacred Cluster, Rabbi Ismar Schorsch writes, “Hebrew is coterminous with that of the Jewish people and the many layers of the language mirror the cultures in which Jews perpetuated Judaism. It was never merely a vehicle of communication, but part of the fabric and texture of Judaism. Words vibrate with religious meaning, moral values, and literary associations. Torah and Hebrew are inseparable and Jewish education was always predicated on mastering Hebrew. Hebrew literacy is the key to Judaism, to joining the unending dialectic between sacred texts, between Jews of different ages, between God and Israel. To know Judaism only in translation is, to quote Bialik, akin to kissing the bride through the veil.”

There is nothing like being able to go to Israel and get directions in Hebrew or order a meal in Hebrew. Yehudah Amichai’s poetry in English is still marvelous, but it is not the language in which the poet expresses himself best. Studying Torah in the language in which it was originally written is a feeling that every Jew should experience.

God hears our prayers in any language. However, there is something beautiful about the Hebrew language. Something about it that connects us together as a people. As the Jewish new year is approaching, it is a great time to resolve to learn Hebrew or advance your Hebrew literacy. The Torah will come alive like never before.