Amar’e Stoudemire’s official Twitter account name is @Amareisreal but it mind as well be AmareIsrael. From his Twitter feed we learn that the basketball star is now in Jerusalem, Israel searching for his Jewish heritage. The 2003 Rookie of the Year has apparently learned that he has Jewish roots (born in Lake Wales, Florida his father died when he was twelve and his mother Carrie was in and out of prison during that time). 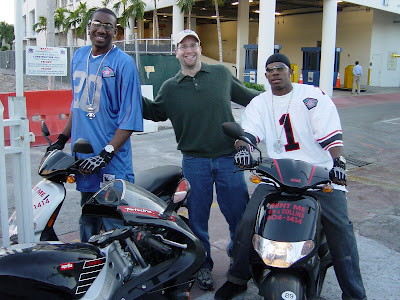 I met Amar’e Stoudemire in Miami Beach in January 2003 during his rookie year with the Suns. He was with his teammate and fellow NBA rookie sensation Joe Johnson and another friend riding mopeds around South Beach. My dad and I also rented mopeds and drove around with the three men. Of course, at the time he had no idea about his supposed connection to the Jewish people. 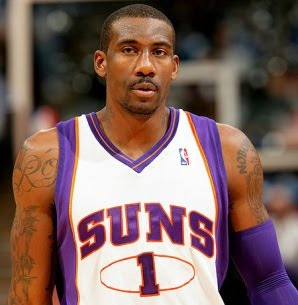 Earlier this month, Stoudemire joined the NBA’s New York Knicks as a free agent. So, perhaps moving to the heavily Jewish populated New York made Amar’e curious about his own Judaism?

According to Haaretz and JTA reports, Stoudemire, a power forward formerly of the Phoenix Suns, was heading to Israel for a voyage of discovery after finding out he has a Jewish mother. According to an Israel Army Radio report, Stoudemire plans to spend time in Israel learning Hebrew.

Stoudemire’s most recent tweet lets us know that he’s eating a late lunch at a cafe and learning a lot of Hebrew. In an earlier tweet he posted, “The holy land. Learn about it. Ze ha’halom sheli” (Hebrew for “this is my dream”).

If Amar’e Stoudemire’s mother is indeed Jewish then he has just become the greatest Jewish NBA player of all time! Good luck on your search Amar’e… or should I say “Behatzlacha!”

UPDATE: Okay, so it turns out that Amar’e Stoudemire is not Jewish. His agent was interviewed for an article on the NBA Fanhouse website. His agent also gets the award for quote of the week:
“I haven’t checked to see if he’s circumcised, but regardless, it’s a stretch to call him Jewish at this point.”
–Happy Walters, Amar’e’s agent