I have it on good authority that Chelsea’s wedding this Saturday night at Astor Mansion in Rhinebeck, NY will be co-officiated by both a rabbi and a Methodist minister. But who’s officiating at their wedding should really matter a lot less than how they will be as a married couple. At the first meeting with a couple before their wedding, the first thing I explain to them is the difference between a wedding and a marriage. The wedding is only one day in their lives; the marriage is the rest of their lives (God willing). 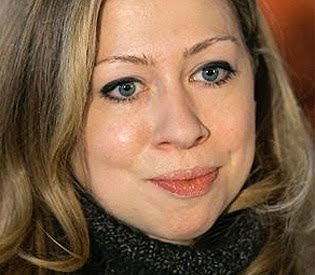 There has been so much discussion about the upcoming nuptials of the former First Daughter, Chelsea Clinton, that I don’t remember this much attention to a wedding since JFK Jr. married Carolyn Bessette on September 21, 1996 and before that it was the weddings of the British Royal Family that made headlines. The focus for Chelsea and her beau Mark Mezvinsky should be on how they make a home together, how they raise their future children, and how they will work through the same hurdles that face every married couple (whether they are of the same religion or not; of the opposite sex or not; from similar socio-economic backgrounds or not).

My teacher, Irwin Kula, poignantly writes in this morning’s Huffington Post (“From the Cathedral to the Bazaar: What Chelsea Clinton’s Wedding Says About Religous Sycretism”) that this high profile wedding is our society’s welcome to the new world of religion in America.

Chelsea’s parents were an interdenominational marriage of a social justice Methodist and a Baptist, which would have been unheard of 50 years ago. Chelsea grew up proudly within mainstream Protestantism, while Mark was raised clearly identified in a mainstream Jewish denomination. Their marriage is the next generational step in crossing borders — from Methodist-Baptist to Christian-Jew. What is unprecedented — wonderful for some and horrifying to others — is that in this era no one needs to reject his or her identity to cross these century-old boundaries. Multiple identities — in the example of the Clinton-Mezvinsky wedding, at least three different traditions being brought to bear — is the new reality.

I agree. This is the new reality. What matters more than the Mezvinsky’s Jewish heritage and the Clinton’s mixed religious background is whether this couple will be able to live life together, share happy moments, raise moral children, weather difficult storms, and make each other laugh.

I’m a Conservative rabbi forbidden by the Rabbinical Assembly, of which I’m a member, to officiate at Chelsea’s interfaith wedding. But I’m not blind to this new reality. The borders are much blurrier than they once were and more religionists are opening their eyes to this new reality.