I’ve been following with much interest the incident at the Kotel (Western Wall) in Jerusalem in which a Conservative Jewish woman was arrested for wearing a tallit (prayer shawl). Nofrat Frenkel (pictured) was led away by Jerusalem police in November for the “crime” of praying with a tallit at the Western Wall. She is a member of Women of the Wall. 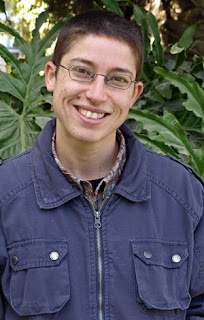 This story only highlighted what many have known about Israel for a long time. It is not a democracy when it comes to the religious practices of its citizens. Much has been written about this travesty since Frenkel’s arrest and the incident has only caused the Women of the Wall to be more active in their pursuit of religious equality.

The most recent development in the story is the police interrogation of Anat Hoffman, director of the Israel Religious Action Center and leader of Women of the Wall yesterday. Hoffman was told that she is a suspect in a felony for not obeying a legal order and disrupting the peace. She denied the accusation, stating “the people who disturbed the peace at the wall were the men who protested out loud against the women of the wall and not the over 100 women who prayed together and celebrated the new month.”

I haven’t written about this on my blog since there’s just not much more to say. I wish the Israeli government would get its act together and allow for various interpretations of religion in the country. How many different ways can that be stated? 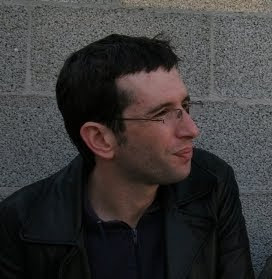 The reason I mention this now, however, is because of the way in which this ongoing conflict has been used by Israeli journalist Noam Sheizaf (pictured) to describe what he calls Jewish Americans’ case of split personality disorder when it comes to Israel.

When I first stumbled on Sheizaf’s article (through a Google Alert) it was on a Pro-Palestinian website so I was skeptical about his perspective. However, the article originated on Sheizaf’s “Promised Land” website and is an intelligent essay about why most Jewish Americans are so hesitant to criticize Israel publicly.

The Maariv newspaper editor writes, “My friend noted that if some of the articles on the Israeli media – and not even the most radical ones – were to be printed in the US and signed by non-Jews, they would be considered by most Jewish readers like an example of dangerous Israel-bashing, sometimes even anti-Semitism.”

Sheizaf articulates very well the seemingly ironic position that so many liberal American Jews find themselves in concerning their views on Israel. Admittedly, I am in this category. I never criticize Israel or its government’s policies publicly, because, well, it’s Israel — my Israel, my homeland. The Jewish state has enough critics, I reason; it could use more people playing defense for the team. But when it comes to religious pluralism, I have no problem expressing my frustration for the control that the ultra-Orthodox wields in Israel. A monopoly by one denomination of a religion for all official religious acts is not democratic.

Sheizaf uses the recent incidents at the Kotel with the Women of the Wall to underscore his point:

Here is an example: as we all know, the Orthodox Jewish establishment has an official statues in Israel (unlike most Western countries, state and religion are not separated here, and the chief Orthodox Rabbi has a position similar to this of a supreme court justice). The same Orthodox establishment is very hostile to none-Orthodox Jews, which happen to make most of the American Jewish community. A few weeks ago, Fifth-year medical student Nofrat Frenkel was arrested for wearing a talit at the Kotel. I expected all hell to break in the States. After all, this concerns Jews’ right to practice their faith in the most holy place in the world. I wouldn’t say the event went unnoticed – I saw some blog posts and articles referring to the incident, and Forward published Frenkel’s account of the day – but it certainly wasn’t enough for people in Israel to notice. If American Jews spoke on this matter, it was with a voice that nobody heard.

Now imagine the public outrage if Frenkel was arrested anywhere else in the world for wearing a talit. For some reason, many Jews accept the fact that only in Israel – the same country which asks for their political and financial support – they are seen almost as Goyim. Very few of these Jews will admit that Israel is simply not a very tolerant place, to say the least.

What followed the incident in the Kotel was even more interesting: speaking at a convention of the United Synagogue of Conservative Judaism, the Israeli ambassador to Washington Michael Oren said that Frenkel was not arrested but just “led away” by police from the area after offending some people’s feelings there. This was simply not true – she did get arrested – and two weeks later Oren admitted to this fact and claimed he was given “incomplete information” from Jerusalem (even though the fact of Frenkel’s arrest was widely known and never disputed, both in Israel and in the US). Yet even then the ambassador didn’t provide any explanation for the arrest itself, and nobody seemed to demand it from him anymore. More importantly, if there was some discomfort felt in the Jewish community regarding the way ambassador Oren handled the whole affair, it failed again to reach the Israeli media or the Israeli public.

It is interesting that there hasn’t been more of a public outrage among Jews in the Diaspora about the way in which women are treated at Judaism’s holiest site in its holiest city. The fight waged by Reform and Conservative Jews in the Diaspora on the Haredi monopoly in Israel has continued over the past two decades in a passive way. From the comfort of our Diaspora pulpits, we Conservative rabbis express our disdain that our conversions aren’t recognized in Israel and that we can’t hold a mixed male/female minyan at the Western Wall, but when we get to Jerusalem, we walk our group to the Southern promenade (the back of the bus) with our tail between our legs.

I believe that what Sheizaf is saying is that if American Jews would only “grow up” and formulate a more mature (and realistic) perspective on Israel qua nation-state, then there would be more advances in the realm of religious pluralism. I confess that I love to remind critics of Israel that the Jewish state is the only real democracy in that region. However, religious freedom must be a prerequisite for true democracy.

Sheizaf concludes with a recollection from when he staffed a 5-week American teen tour of Israel. He notes that “as far as politics and history goes, it was elementary school level, with the whole program avoiding any issue that might seem too complex or controversial… Sometimes I feel that with regards to Israel, the entire Jewish community never got off the Taglit bus. Jews are almost desperate to hold on to some sort of a naïve image of this country, its people and its institutions. This is most evident with the way they see the IDF. It’s not just that they don’t believe what the Palestinians are saying – they can’t even imagine the Israeli army doing bad things. The US army – yes; the IDF – never. More than ever, I wonder what role this naïve image of Israel – almost an abstract Israel, which has nothing to do with the actual Middle Eastern country – plays in the way Jews see themselves, and how are they going to look back on it ten or twenty years from now.