Israel celebrated her 62nd year of statehood today and should still be considered a miracle. After reading Dan Senor’s book Start Up Nation, I was left amazed by how successful this tiny nation in the Middle East surrounded by hostile neighbors has become in the past six decades.

In an update to the story about Israel’s decision to ban the Apple iPad from the country , I wrote on The New York Jewish Week’s Jewish Techs blog: 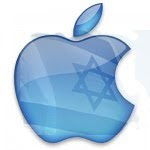 On this Independence Day, commemorating Israel’s 62 years of statehood, the iPad ban should not change Israel’s standing as a communications and technology powerhouse in the world…. The decision to not allow iPads into the country until an international version of the device is released that is compliant with Europe’s wireless standards is actually a wise move by Israel, yet one that wasn’t handled well from a public relations standpoint. In the near future, don’t be surprised to find that some of the best applications developed for the iPad are coming from that tiny miracle of a nation in the Middle East. Apple might be a little late in its birthday gift to Israel, but good things come to those who wait!

I stumbled across this video called “Yom Haatzmaut 2010: The Many Faces of Israel.” It demonstrates the diversity of Israel and is a wonderful tribute to the Jewish State on her 62nd birthday. Enjoy!