In the summer of 1998 I was a madrich (Hebrew for counselor) on the Michigan Teen Mission to Israel. This was the second teen Israel trip coordinated by the Metropolitan Detroit’s Jewish Federation. I helped lead a bus of Conservative Jewish teens from Congregation Shaarey Zedek and we traveled through Israel with a bus of teens from Adat Shalom Synagogue — another Detroit’s Conservative congregation. 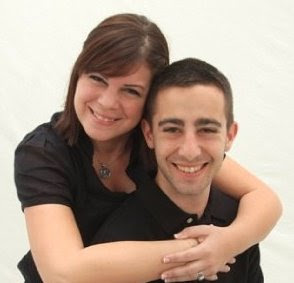 One teen on the Adat Shalom bus was Hillary Rubin. I had been friends with her older sister Kim in high school and quickly recognized Hillary as Kim’s sister. I remember talking with Hillary at a Bedouin village in the Negev and immediately realizing that she was infatuated with Israel more than the other Jewish teens on the “mission.” So, it was no surprise when I learned a couple years ago via Facebook that Hillary made aliyah (immigration to Israel).

This morning I awoke to Hillary’s picture in a front page article on Haaretz.com — the Israeli newspaper’s online edition. Turns out she has gotten a first-hand experience of what many Israelis go through when they want to get married in an official Jewish ceremony in the Jewish state.

I know of many Israelis who board planes to nearby Cyprus to tie the knot so they don’t have to deal with the Israeli chief rabbinates (there are two: one Ashkenazi and one Sephardi). The Haaretz article explains that Hillary is, ironic enough, the great-niece of a prominent Zionist leader with a street in Israel named for him. Today, she and her husband, Craig Glaser, are finding it impossible to register for a Jewish wedding in the JEWISH state.

Letters from four Conservative rabbis and a Chabad rabbi are not sufficient to prove Hillary’s Jewishness. The daughter of divorced parents whose divorce was officiated by Conservative rabbis has probably complicated the situation. Her mother remarrying a Catholic man won’t help matters. But the ultimate insult is the Herzliya rabbinate’s demand that she provide ketubahs (wedding contracts) from her grandparents whose ketubahs were curiously not returned to them after they fled the Nazis during the Holocaust. Other relatives of her’s were gassed at Auschwitz so the death certificates never existed.

I can’t imagine this is what Theodor Herzl had in mind when he envisioned a Jewish nation. The great niece of Nahum Sokolow who lives in Herzliya (named for Herzl) cannot get married in Israel. This is a travesty. It seems that there is no longer one Judaism. The Judaism of the chief rabbinate(s) in Israel is just not my religion. They have corrupted it out of recognition.

So, in a week when all eyes in the Jewish community are on the high profile intermarriage of Hillary Clinton’s daughter Chelsea who is marrying the Jewish Mark Mezvinsky, I would recommend that Jews throughout the world turn their attention to this Hillary. She might not have the Secretary of State for a mom or a past U.S. president for a dad, but she’s become an example of everything wrong with the way Israel is handling religious matters. Something’s got to change.