I was recently asked to review Irwin Cohen’s new book, Jewish History in the Time of Baseball’s Jews: Life On Both Sides of the Ocean, for the Michigan Jewish Historical Society’s upcoming annual journal. Cohen, who writes for the Jewish Press, is a baseball maven and a history buff who has chronicled Detroit’s Jewish history and also worked for a time in the front office of the Detroit Tigers organization. I immediately agreed to write the review and an inscribed copy of the book arrived at my office a few days later.

As I sat down to read Cohen’s book, which focuses on both baseball history and modern Jewish history with a special emphasis on the Holocaust, I thought back to this past winter when members of the Detroit Tigers coaching staff and front office were invited to the Holocaust Memorial Center here in Detroit, the country’s first free-standing Holocaust memorial museum. The HMC was included for a site visit on the Detroit Tigers Winter Caravan, a week-long publicity tour to get local fans in Michigan excited for the upcoming season.

Some cynically said that the only reason the Tigers were visiting the Holocaust Memorial Center was as a good faith effort after former Detroit Tigers player Delmon Young’s anti-Semitic slurs in New York City last season. That might have been part of the reason for the visit, but after reading Cohen’s book it is evident that Major League Baseball has historically been a part of the narrative of Jews in America and what happened on the other side of the ocean during the Second World War will forever be part of baseball’s history as well. Cohen accurately shows how understanding the history of Jewish baseball players leads to a better understanding of modern Jewish history and the lessons of the Holocaust. Below is my review of Irwin Cohen’s new book, which I highly recommend. 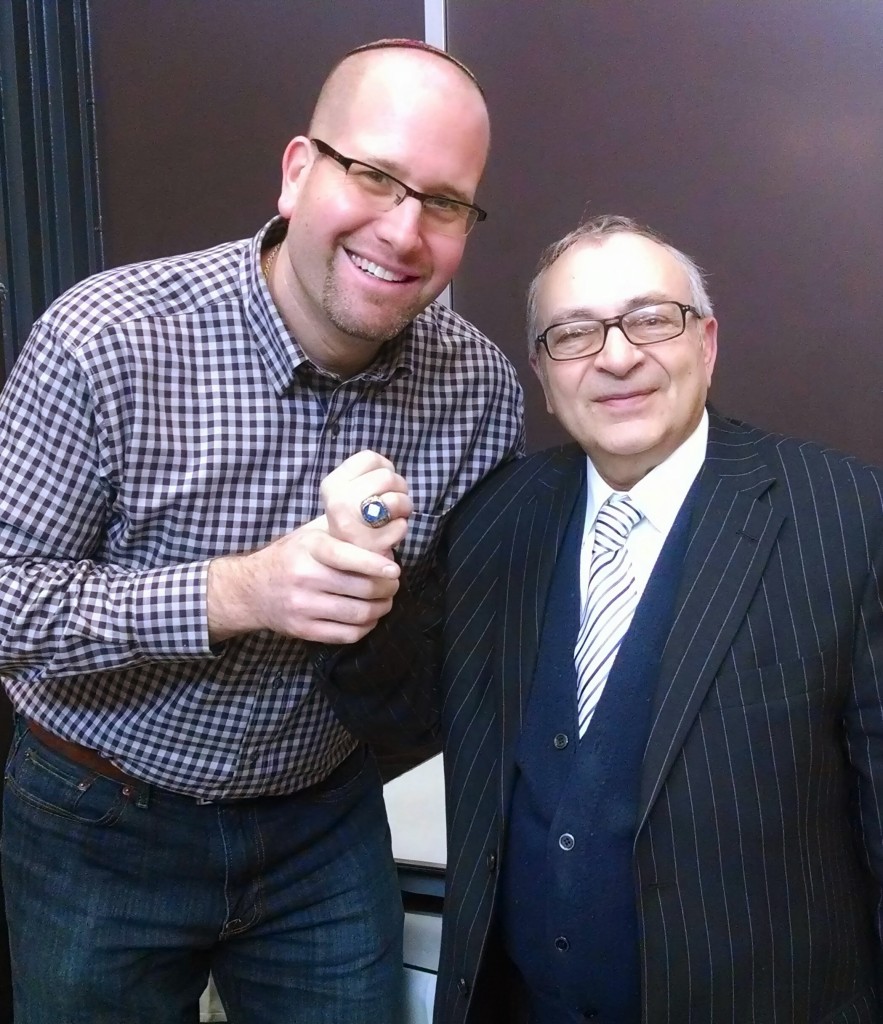 Jewish History in the Time of Baseball’s Jews: Life On Both Sides of the Ocean
By Irwin J. Cohen
Reviewed by: Rabbi Jason Miller

Someone recently asked me in which year I spent my first summer as a camper at Camp Tamarack. I didn’t recall the exact year, but I was able to figure it out using baseball history. I remembered the Tigers were battling it out in the division with the Baltimore Orioles that summer and that the Orioles ultimately won the pennant. Ah, it must have been 1983, the year before the Tigers won the World Series.

It’s not uncommon for us to measure time and recall the events of our lives and in the world around us based on the American pastime of baseball. Local Detroit historian and baseball aficionado Irwin Cohen has developed that concept into a book. In “Jewish History in the Time of Baseball’s Jews” (2013: Boreal Press), Cohen puts baseball into a historical context while focusing on Jewish baseball players and the events since 1900 that have shaped our Jewish lives.

Concerned that young people today don’t know enough about Jewish history and the Holocaust in particular, Cohen brilliantly provides what could fairly be called a Jewish baseball almanac and a history textbook all rolled into one. Rather than simply recount the accomplishments and challenges of Jewish baseball players throughout time, Cohen informs the reader of what was happening in the Jewish world during the time these Jewish athletes played the game. In his chapter on the 1970s for example, Cohen informs the reader that “as Ken Holtzman was racking up a good season for the Chicago Cubs (17-11, 3.38 ERA) world attention was focused on Jordan. Yasser Arafat’s Popular Front for the Liberation of Palestine hijacked four international airplanes.”

A strong advocate for Israel, Cohen wisely educates about Israel’s history and its struggle for acceptance while providing an interesting history of the effect baseball has had on Jewish life and Jewish culture. Getting young people to read a lackluster history book is challenging, but this book reads like a Who’s Who of the greatest Jewish baseball players while also providing an insightful summation of the pertinent historical events of the 20th and the beginning of the 21st century.

While several books tell the tale of Hank Greenberg’s visit to Detroit’s Congregation Shaarey Zedek on Rosh Hashanah in 1934 and his decision to sit out Yom Kippur that year, Cohen puts that story in historical context slipping in the fact that the spiritual head of world Jewry, the Chofetz Chaim, passed away that same year. Cohen segues into a complete analysis of the Greenberg Rosh Hashanah narrative from the Detroit Jewish Chronicle by reminding us that across the ocean the Jewish community was not focused on the September pennant race of the Detroit Tigers and their Jewish all-star player, but on more serious matters. “As American Jewish newspapers related information about the plight of Jews in Germany, Jewish baseball fans found escapism in Tigers slugger Hank Greenberg.”

Cohen flawlessly transitions from baseball history to world history, with special emphasis on Israel. Without Cohen’s weaving Major League Baseball’s milestones into the chronicle of the Jewish people, how many of us would know that the 1980 All Star Game occurred around the same time as an Arab terrorist’s grenade in Antwerp killed a Jewish youth and wounded 16. Cohen poetically moves from a paragraph about rocket attacks against Israel after the relocation of 9,000 settlers in Israel’s Gaza Strip in 2005 to Jewish baseball player Adam Greenberg feeling like he was hit by a rocket when the first and only pitch he ever saw in a Major League game hit him in the head and ended his career. (Postscript: Greenberg returned for one at-bat in September 2012.)

Cohen doesn’t shy away from discussing anti-Semitism and anti-Israel sentiment in baseball. He recalls how several Jewish baseball players in the early 20th century changed their last names to avoid antagonism. He also tells the story of when he was working for the Detroit Tigers organization in 1991 during the height of the Gulf War crisis and Bo Schembechler, then the President and COO of the Tigers, looked at Cohen and said, “You are going to get us into a war,” as if Cohen represented Jews or Israel. While it’s not a story that casts Schembechler in a good light, Cohen uses it as an example that anti-Israel remarks like that are anti-Jewish as well. Cohen’s agenda appears clear in this book. He seeks to educate the reader about Jewish history (both in America and on the other side of the ocean as he refers to Eastern Europe), the role that anti-Semitism has played in baseball – America’s pastime, and how baseball has inserted itself in important ways into not only Americana, but also into the life of Jewish Americans.

When it comes to putting Major League Baseball into a historical context and painting baseball history on the same canvas as Jewish history, there is simply no better historian, scholar or chronicler than Irwin Cohen. Had such a history book existed when we were all children – one in which baseball history is interwoven with general history – imagine how many more young people would have enjoyed their history lessons. Just when you think you’re reading a book about the Holocaust or Israeli history for Hebrew School, a wonderful anecdote about a Jewish baseball player appears. That is the magic of Irwin Cohen’s masterful writing ability. Baseball is evidently part of Jewish history, and Jewish history has claimed more than just a footnote in the history of baseball.