The Jewish community has much to celebrate in the sports world this year –especially in the past month. Many in the Jewish community might have said “dayenu” (it’s enough) to have an Israeli, Jewish boxer rising to prominence. In fact, looking at Yuri Foreman (no relation to George I’m told), many older Jews waxed nostalgic about a time when Jewish boxers dominated the boxing world. 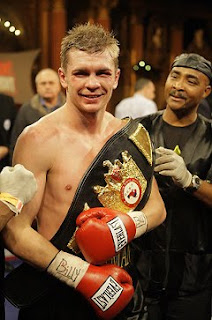 But it wasn’t enough that Yuri Foreman (right), a Jewish, Israeli boxer was rising up the ranks of professional boxing… he actually won the championship. Foreman is somehow finding the time to study to become a rabbi in addition to his boxing career. I’m sure this is a first. As the JTA reports, “The Orthodox rabbinical student sought some divine assistance in the last 10 seconds of each 60-second break of the 12-rounder. ‘God, please give me strength,’ was his simple invocation.”

New York Magazine covered Yuri Foreman and another Jewish boxer in a recent article. The magazine called Foreman and Dmitriy Salita “two of the most talked-about prospects in professional boxing.” Both professional fighters wear a big, bold Star of David on their shorts. Seeing the Jewish stars on these boxers shorts reminds many of the Jewish boxers of the past; many of whom were immigrants and wore their Judaism proudly. 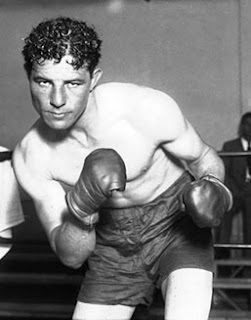 One of these Jewish boxers from yesteryear is Max Baer, the world heavyweight boxing champion who knocked out Primo Carnera to capture the heavyweight crown in June 1934. Baer and four other sport figures have just been elected to the International Jewish Sports Hall of Fame for 2010. The 2010 class includes Yael Arad, whose silver medal in Judo at the 1992 Olympic Games gave Israel its first-ever Olympic medal.

As if Rabbi-in-Training Yuri Foreman’s championship doesn’t give the Jewish and Israeli community enough to kvell about, we also have the first Israeli Jewish professional basketball player excelling in the NBA.

The NBA.com website tells the story of Israeli Omri Casspi, who as a young boy in Israel would do whatever he could to catch a glimpse of the NBA. He would wake up early in the morning to watch Michael Jordan and the Chicago Bulls in during the 1990s. 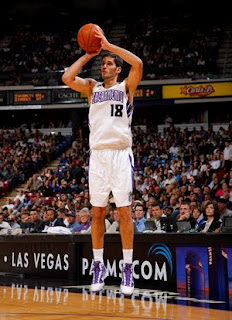 Not only is Casspi making history as the first Israeli ever to play in the NBA, but he’s also having a great season thus far.

The Sacramento Kings chose him 23rd overall in the June draft.

“I call him the Michael Jordan of Israel, being the first guy from there drafted in the first round,” Kings teammate Jason Thompson said. “He has a high motor, consistent jump shot, and is real wiry with bounce. When he gets a lot of reps and feels more comfortable playing games, he’ll be a really good player.”

The NBA.com article continues, “There is excitement for Casspi in Jewish communities in the United States as well. Fans in Sacramento wearing jerseys with Casspi’s name spelled in Hebrew came out for a rally after the draft and the Knicks have already designated the Kings’ visit to New York in February as Jewish Heritage Night.”

The Forward described Casspi’s NBA start as a “slam dunk transition for the first Israeli in the National Basketball Association.”

First, Omri Casspi, a 21-year-old forward from central Israel, got off to a quick start for California’s Sacramento Kings on October 28 at his NBA debut, scoring 15 points and logging three rebounds during the team’s season opener — a loss — against the Oklahoma City Thunder. Then, the 6-foot-9-inch player managed similar results during the King’s first home game November 2, contributing 15 points to help the team secure its first victory. Through his first four NBA appearances, the Yavneh native has averaged 10.8 points and 21 minutes of playing time per game, putting him in a tie for third place among the squad’s highest scorers.

It looks like 5770 is going to be a fun year for Jews in sports. Yael Arad gave Israel its first Olympic gold medal in a not-too-popular sport (Judo) seventeen years ago, but now it seems that Israelis are making news in more mainstream sports. With world champion boxers wearing Jewish stars on their shorts and an Israeli slam dunking his way into one of the top players in the NBA today, the Jewish world can now take great pride in its professional sport heroes.